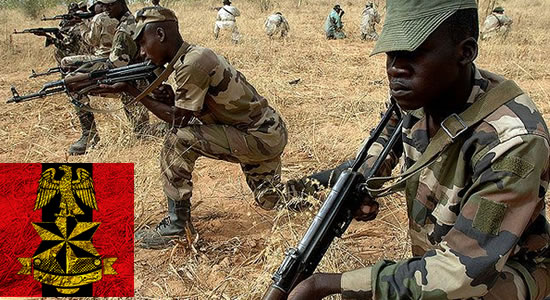 The Buhari Media Organization (BMO) has commended the Nigeria Armed Forces for its security strategies and efforts in degrading Boko Haram and insecurity in Nigeria. The Nigeria Armed Forces have been charged not to relent on their recent strategies, which have effectively degraded the operational capacity of the insurgents’ thereby enhancing peace and security in the Northeast and Nigeria generally.

The Buhari Media Organisation Chairman, Niyi Akinsiju and Secretary Cassidy Madueke, in Abuja, contained this in a statement.

“Bombardment of various operational bases, communication infrastructures, neutralising of top commanders of the insurgents have disoriented the insurgents’ camp.

“This has resulted in their members deploying arson and attacking soft targets like the last kicks of a dying horse, aimed at projecting fear into the people’s psyche.

“The officers and men have shown tremendous mastery in this war, sending a signal of strength that Nigeria’s territorial integrity remains intact by OWN troops who forestalled the planned subversion against her sovereignty without procuring the services of Private Military Contractors, otherwise known as foreign mercenaries.

“For those with an in-depth knowledge of the goings-on in the North-East, the Buhari Administration’s approach in conducting its counter-terrorism and counter-insurgency operations has deployed a mass attack approach against the insurgents.

“This has led to enclaves and hideouts being destroyed. Joining forces with our neighbours under the auspices of the Multinational Joint Task Force (MNJTF) has led the Nigeria Air Force (NAF) taking its firepower to the enemies’ camp by embarking on cross border strikes.”

On the call for the Service Chiefs to be changed, BMO noted that “President Buhari as the Commander-in-Chief understands the impact rotating military chiefs strategically engaged in the frontline operations could have, and the potential dangers of taking the country and the region back to its pre-2015 moments.

“The dynamics of asymmetric warfare underscore the need for leadership stability, to avoid tactical and operational mistakes that can be exploited by the insurgents to quickly recover from previous defeats and reorganise themselves, replace lost fighters and continue threatening destruction against Nigeria.”

The BMO is of the opinion that “today’s war on terror is intelligence-driven. With the full cooperation of the community, actionable intelligence is derived and leads to victory against the insurgents.”

BMO urged the public to continue supporting the Armed Forces in their quest to rid the North-East of the remnants of insurgents and build trust with their host communities as a key strategy in dominating the insurgents.