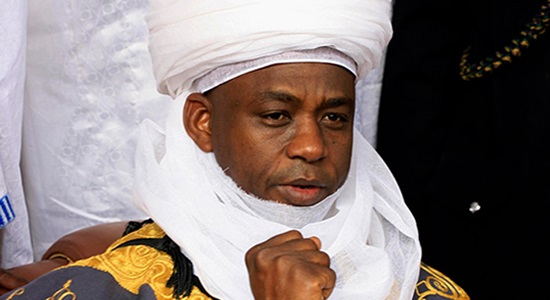 Sultan Of Sokoto Tough On Religious Leaders Who Preach Disunity

The Sultan of Sokoto Muhammadu Sa'ad Abubakar has called for a clampdown on preachers and religious leaders found making inflammatory sermons or teachings capable of instigating hate and disunity in the country. Alhaji Abubakar, who is also the President-General of the Nigeria Supreme Council for Islamic Affairs, NSCIA, stressed that Nigeria will be a better country with less insecurity if security agencies go after persons who hide behind religion to perpetrate a crime against the country.

Speaking, at the 2nd National Summit on Peaceful Coexistence and Nation Building, in Jos Plateau state on alleged statement by a Fulani group that claimed that the land of Sokoto through to the Atlantic Ocean in the South belongs to Uthman Dan Fodio and his descendants, the Sultan publicly denounced them emphasizing that the claim has no basis in history and that the Sultanate has never laid claim to any portion of land in Nigeria.

Alhaji Abubakar further expressed support for the prayer walk by the Christian Association of Nigeria, CAN, and that Muslims are in support of prayers for peace to rein in the country. He said he has instructed Muslim leaders to arrange special prayers during the next Islamic season of Rajab, Shaban and Ramadan.