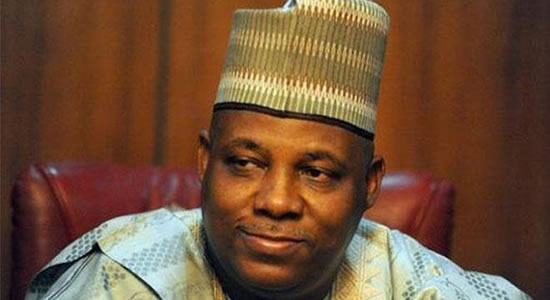 Senator Kashim Shettima, Senator representing Borno central has today said it was unfair for the state of the nation that Nigerians chose to demonise president Buhari rather than suggesting ways to arrest the escalating insecurity situation.

Shettima was briefing journalist shortly after Thursday's plenary, saying it is unfair, instead of us to look for ways of addressing the security challenges that is disturbing the country as people; we are busy apportioning blame on the country leadership.

The lawmaker, who was also former Governor of Borno state, said he believe that grandstanding, pouring venom would not solve the problem. We are all in for this, he said Buhari tried between 2015–2017 but the trouble escalated later, Shettima added.

The former Governor said finding the solution to the problem is what we should be looking at but not apportioning blame or demonising anybody he said.

In his statement; “Buhari has done more than enough for the northeast. He was instrumental to the creation of North East Development Commission. If we are to apportion blame, we have to be fair to this old man.”

Buhari was on Wednesday booed when he paid a sympathy visit to Borno state government and its people over the Sunday attack that left about 30 people dead.

Shettima described the incident as “very unfortunate”, saying the booing may be that Borno residents’ expectations on the war against Boko Haram insurgents were exaggerated.

“People thought he has a magic wand. He does not have wand. But I believe it’s temporary hiccups,” he said.

He said the Borno state resident have always been fans of President Buhari and have not relented in their loyalty to the president and will always cooperate with the security agencies.

Meanwhile, he called on the larger part of Nigerians to see the insecurity as a general problem that is bedevilling all of us, only then we shall be able to defeat it.