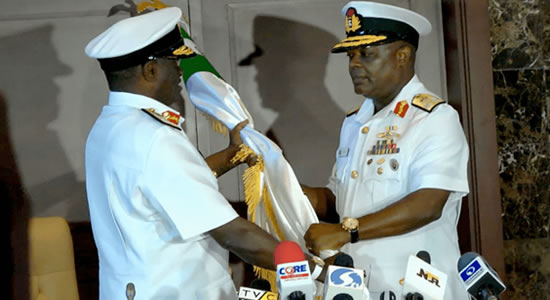 The Eastern Naval Command of the Nigerian Navy (NN) has seized not fewer than 16,320 bags of smuggled rice following the closure of the nation’s land borders.

The Naval Command also arrested 320 suspects and seized 19,989 metric tonnes of petroleum products as well as 30,843.8 metric tonnes of crude oil between in periods ranging from January to November 2019.

This was made public by the Flag Officer Commanding, Eastern Naval Command, Rear Admiral David Adeniran, in Calabar.

Adeniran informed that, following the closure of the land borders by the Federal Government to forestall smuggling, the command witnessed an upsurge in the activities of smugglers trying to breach the sea borders on the eastern flank.

Adeniran further stated that “Nevertheless, security patrols were intensified, especially on the eastern border, by officers and men of our units operating within the area in support of the border closure policy.

This yielded tremendous results as evident in the arrest of several boats attempting to smuggle 16,773 bags of foreign rice”

Also, he highlighted on other areas the Command focused on to includes, smuggling and piracy/sea robbery.

He disclosed that the Naval efforts have led to the arrest of eight vessels, 145 large wooden boats, 320 persons and the seizure of 19,989 metric tonnes of petroleum products as well as 30,843.8 metric tonnes of crude oil.

The command also destroyed 128 illegal refineries between January and November 2019.

Adeniran applauded the support of the Chief of Naval Staff (CNS), who approved for the Command to launch the Eastern Naval Command Maritime Control Management System, which he noted has improved its ability to monitor criminals as well as share information.