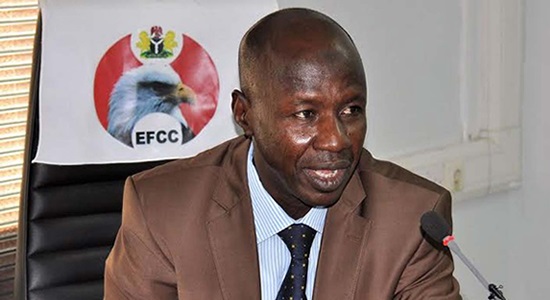 The Economic and Financial Crimes Commission (EFCC) has extolled its joint operation with United States' Federal Bureau of Investigation (FBI), as it has been able to arrest 167 suspected computer-related fraudsters in about 21 days.

Mohammed Abba, Director of Operations, EFCC, made the disclosure while briefing newsmen at the EFCC/FBI joint operation briefing called 'Operation Rewire' in Lagos, saying the commission recovered $169,850 and N92 million from the arrested fraudsters.

“It is instructive to note that, from August 12, 2019, to date, the collaborative Operation Rewired coordinated by the EFCC in Nigeria as an impetus to our sustained operations on perpetrators of various computer-related frauds have resulted in the arrest 167 Nigerians for alleged computer-related frauds," Abba said.

“We have also recovered from the arrested fraudsters the sum of $169,850 (as well as the sum of N92million,” The Director added.