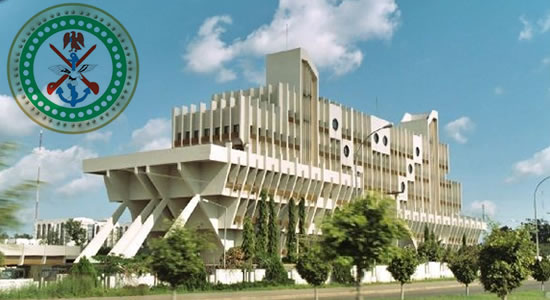 The Defence Headquarters (DHQ) of the Nigerian Armed Forces on Tuesday has dissociated itself from a purported document calling for the overthrow of President Buhari administration.

The Deputy Director of Defence Information, Navy Capt. Mohammed Wabi, revealed a group called “Nigerian Continuity and Progress (NCP)” as being behind the document.

Wabi explained that the document which called for setting up “an interim government” in place of the elected government.

Accordingly, the Armed Forces of Nigeria (AFN) wish to categorically state that it has nothing to do with the rascality and intention behind the document being in circulation by a faceless group called NCP for the overthrow of a democratically elected government to be replaced with the illegitimate interim government.

The statement added, “The AFN outrightly condemns the undemocratic and mischievous motive of the author behind the document.

Consequently, members of the public are by this publication enjoined to disregard the content of the document in its totality as being demonic and tantamount to stirring disaffection among Nigerians as being circulated by the faceless NCP and equally condemned it in its totality.

Wabi reiterated that the AFN was “very mindful of its responsibilities” and would not allow itself to champion undemocratic values capable of undermining our democracy as enshrined in the 1999 constitution as amended.

“The AFN remains courageously loyal to the Constitution, as well as President Muhammadu Buhari the Commander-in-Chief of the Armed Forces of the Federal Republic of Nigeria.

Meanwhile, they are calling on the relevant agency to unmasked the characters behind such mischievous claim and sanction them the statement added. (NAN)