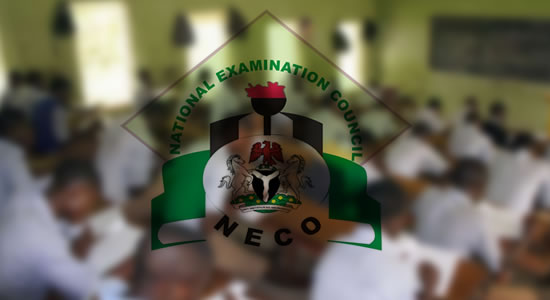 The National Examination Council of Nigeria (NECO) has released its year 2020 Secondary School Examination it conducted in May/June. Announcing the result at the NECO Headquarters in Minna, Niger state, the Registrar, Prof. Godswill Obioma, of the Exam body disclosed that the result has about 2% margin of students with 5-credit and above were observed when compared to the previous year result.

However, the Council derecognized about 12-schools for involvement in massive exam malpractice.

Exam Malpractices
The Registrar revealed the number of students who were involved in exam malpractice at 33,470, which translates to 2.61% of the total 1,209,992 of the students who sat for the examination.

Obioma reiterated that the council’s stand on exam malpractice though noted that it has significantly dropped when compared to that of the previous year that was 40.730 persons.

He attributed the success to the deployment of biometric verification devices adopted by the council as well as reviewing its examination monitoring strategy in terms of scope and coverage.

In his statement, “Arising from the above, schools derecognized are; 4 from Adamawa, 2 in Kaduna, 2 in Katina, 2 in Niger, 1 in Tarabara and 1 in FCT and they would be re-recognized for two years for their involvement in mass cheating and whole school cases,”.

The Registrar also revealed that about 12 supervisors were blacklisted by the council for partaking in different types of offences which ranges from aiding and abating malpractice, poor supervision, and connivance with non-candidate to write the answer on a chalkboard for candidates and so on.

Comparing the general performance of the examination to that of the previous year, 1,209, 922 candidates sat for the examination, 1, 112,041 made 5 credits and above representing 91.91percent irrespective of English and Mathematics while 894, 101 candidates made 5 credits and above including English and Maths, representing 73.89 percent with an increment of 2.3% and 2.01%.

Although the Council said it has made special arrangements for candidates who missed some of the papers because of the #EndSARS protest that marred the process in some states.

The Registrar said those who missed the exams would have their own in the forthcoming 2020 SSCE (external) scheduled to commence Monday, February 1st to March 3rd, 2021, and would be at zero cost, he said.

Obioma added that after the release of the 2020 SSCE internal result, those that were given special consideration will have to wait until the external result is out as a supplementary result.

Meanwhile, the Registrar thanked all the stakeholders that were involved in the process despite challenges occasioned by the COVID-19 pandemic, urging candidates to check their results at this website, (http://www.neco.gov.ng./).