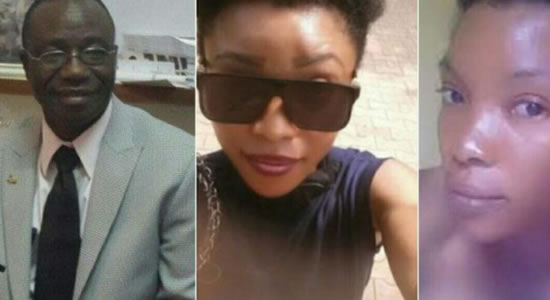 Monica Osagie, a student of the Obafemi Awolowo University (OAU), Ile-Ife, at the center of the sex-for-mark crisis rocking the school, on Tuesday appeared before the committee set up by the university.

In a leaked telephone conversation, Richard Akindele, a professor in the institution, was heard demanding sex from Osagie, a postgraduate student of business administration.

Akindele solicited sex to award her a pass mark.

After the audio went viral, Eyitope Ogunbodede, OAU vice-chancellor, announced that a panel had been set up.

The VC later said the committee had recommended the indefinite suspension of Akindele.

“The university is making efforts to ensure that Miss Osagie appears before the investigative committee so that it can hear her side of the case and promptly submit its final report, ” he had said.

Ogunbodede also confirmed to journalists on Tuesday that Osagie appeared before the committee.

“The lady is appearing before the committee,” Ogunbodede said.

“Members of the committee told me that the lady came and she is appearing before them.”

The committee, which held its session at the pro-chancellor’s lodge on the campus, allowed only Osagie and her lawyers into the venue.

Nkechi Obiagbaoso, a legal officer for women advocate research and documentation centre, Abuja, had told reporters that she and two other lawyers were present to represent Osagie.

Obiagbao, however, added that she was asked to stay outside while two of the lawyers were allowed into the venue.