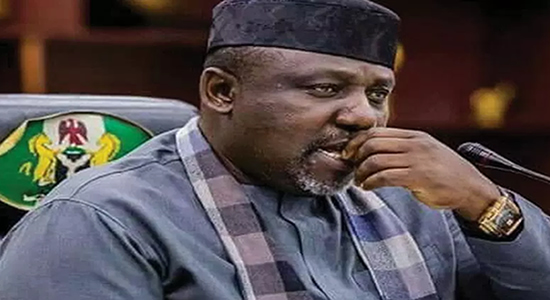 The former Governor, now Senator was arrested in Abuja over allegations of embezzlement of Imo state resources and is currently being grilled at the anti-graft office in Abuja.

Source from the EFCC who spoke on condition of anonymity confirmed his arrest saying, “Yes, our operatives went to pick him up today after shunning our previous invitations. He was trailed to his private office in Garki where he was arrested,”.

Corroborating the incident, one of his aides said his boss was arrested in a Gestapo manner.

Call put through to the EFCC spokesman, Wilson Uwujaren, were not answered either the text message.

Senator Okorocha, who was the Governor of Imo state between 2011 to 2019 was accused of embezzlement of the Imo State Government resources and misappropriation which he all denied.

The current government in the state had some weeks back sealed off some of Okorocha’s wife's property suspected to have been acquired illegally.

The former governor had in February landed in the police net after involving in a scuffle in an effort to challenge state officials who were involved in sealing up his wife's properties but was later released on bail.

Since the National Assembly confirmed, Abdulrasheed Bawa as the new boss of the EFCC, this is the major arrest they undertake of personality like a former governor.