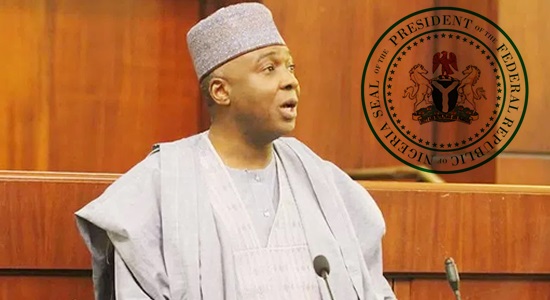 Former Senate President, Bukola Saraki has caution President Buhari-led government to order its military to exercise restraint in handling protesters. Saraki, describing the shooting by the security agents as a massacre cable of throwing the country into chaos, advises the security chiefs to apply rules of engagement when handling issues bordering on unarmed civilians as well as show compassion in considering their demand.

According to him, a dialogue has always been a way out whenever things like agitation come up but not violence, saying no sane government would love to kill the same people it has sworn to protect especially the young ones.

In his statement, ”We must do all that is necessary to protect and engage with them on all issues. Please let the shooting stop and let fruitful dialogue commence.

”Killing our young and defenseless children under any circumstances is wrong. Period! Killing our children is also killing our future as a nation. We must walk back from this. Mr.

President this is what needs to be done. I appeal to you to do the right thing,” Saraki added.

The former Senate President explained that he was terrified by how lethal weapon was used against protesters. Saraki described the encounter as harassment and demanded that it should stop while advising the security chief to fish out the perpetrators of this crime to face justice.

He said, ”This is not the Nigeria that we hope to leave for the next generation. Our young people are the future,”

He admitted that although dialogue takes a long time to materialize, it remains the only option. He, therefore, condemned the incident in totality.