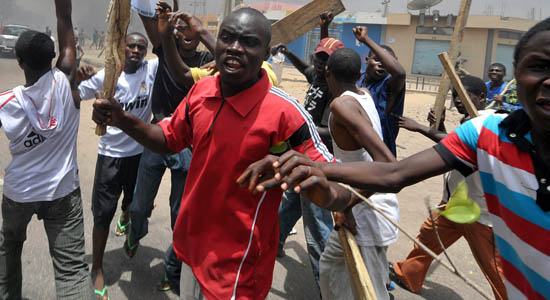 The government of Edo State announced the enforcement of a 24-hour curfew because of multiple acts of violence during the #EndSARS protest in the state on Monday. According to reports, hoodlums hiding under the guise of #EndSARS protest invaded the Benin Medium security prison on Sapele Road and released some inmates, Oko Correctional Centre was also attacked and inmates released. 3 police stations in the state were also vandalized, looted, and burnt by the hoodlums. The declaration of the 24-hour curfew was disclosed in a press statement signed by the Secretary to the State Government, Osarodion Ogie on Monday.

The statement said, “This decision has become necessary because of the very disturbing incidents of vandalism and attacks on private individuals and institutions by hoodlums in the guise of #EndSARS protesters.

"While the Edo state government respects citizens’ rights to undertake legitimate protests, it cannot sit idly when hoodlums have taken laws into their hands to cause mayhem on innocent citizens and the state."

"The responsibility of government is to protect lives and property and maintain law and order, therefore anyone found outside in violation of the curfew would be dealt with according to the law."