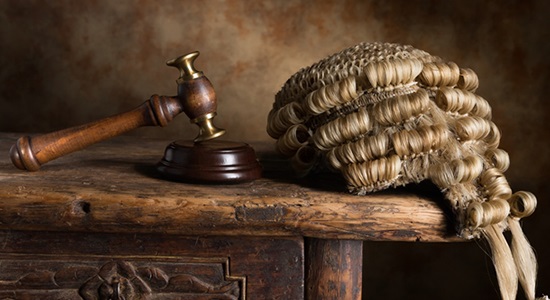 Justice OkongAbang of the Federal High Court, Abuja on Friday September 27th, 2019, fixed September 30, 2019 to rule on whether the trial of former governor of Benue State, Gabriel Suswam and his commissioner of Finance,OmodachiOkolobia, should start afresh in his court or be returned to the former court for continuation.

Recall that Suswam and Okolobia are facing nine-count charges that verge on money laundering and diversion of funds, preferred against them by the Economic and Financial Crimes Commission, (EFCC).

The Commission had in November 2015, arraigned the defendants before Justice A. R. Mohammed of the Federal High Court, Abuja on the same charges and had presented four witnesses before the court.

The matter was to continue after the vacation by the judiciary; however, both the prosecution and defense teams were informed of Justice Mohammed's withdrawal from the case through a hearing notice from Justice Abang's court.

The defendants were to take their pleas on September 24, 2019 but could not as the defense team opposed the application.

Counsel to Suswan, C.E.Ogbozor, at the resumed sitting on Friday, September 27, 2019, urged the court to decline jurisdiction and return the case file to the Honorable Acting Chief Judge of the Federal High Court.

Ogbozor told the court that she was not aware of Justice Mohammed’s disqualification of himself from conducting the trial, adding that it amounted to a breach of the right of fair hearing, should an order of transfer of charges be made by Justice Muhammed without the notice of the defendants.

She argued that the prosecution had called four witnesses cannot be allowed to commence de novo.

He referred to Section 1, 98, 99 and 396(7) of the Administration of Criminal Justice Act, where if a case has been partly heard, cannot start de novo, stating that the only exception was when a trial judge ceases to hold office by an act of law or act of God.

The prosecution counsel, O. A. Atolagbe, while opposing the defence counsel's argument, urged the court to refuse the application adding that the crucial question to be asked, was whether a judge could be compelled to hear a case against his wish.

He recalled that Justice Mohammed on June 6, 2019, withdrew from the case and sent back the case to the Chief Judge, stating that both counsels had expressed absolute confidence in him to adjudicate in the matter. He said the case file was returned to him after the Chief Judge acceded to the request.

Atolagbe argued that the trial judge needed not to have invited parties to address them on whether or not he should disqualify himself or return the case file back to the Chief Judge for re-assignment as the judge’s action was not driven by an address of any of the counsel.

Justice Abang adjourned the matter to September 30, 2019, for the ruling.