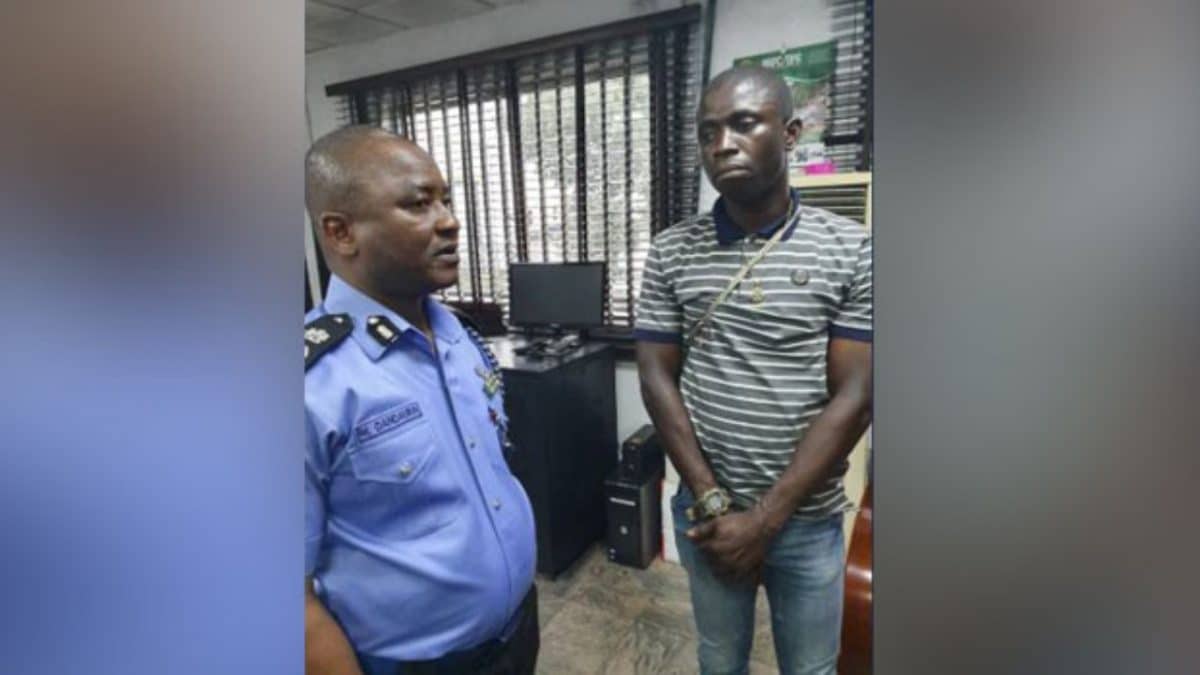 The suspected serial killer of young women, Mr. Gracious David West, who reportedly lures his victims to low budget hotels in Port-Harcourt, the Rivers state capital before killing them has been arrested by the Rivers State police command.

According to Dailypost, the suspect was caught on camera a few days ago leaving a hotel after strangling a yet-to-be-identified lady following sex romp with her. The police had said David West’s victims since July are no fewer than eight ladies.

In a statement issued on Thursday night by the Nigeria Police Public Relations Officer, ACP Frank Mba, the Police said the alleged serial killer, who is also a cultist, was nabbed on his way to Uyo, Akwa Ibom from Port-Harcourt.

The statement reads, “The notorious serial killer, Gracious David West was today September 19, 2019, arrested by the Police in Rivers. The 26-year old killer from Buguma LGA of Rivers State, who is also a member of the Degbam cult group was arrested along East-West Road enroute to Uyo from Port Harcourt.

“He has since made useful statements to the Police. Investigation is on with a view to ascertaining his motives and possible accomplices.”

Mba added that the Commissioner of Police in Rivers State, CP Mustapha Dandaura, will be briefing the media on the breakthrough on Friday, September 20, 2019.