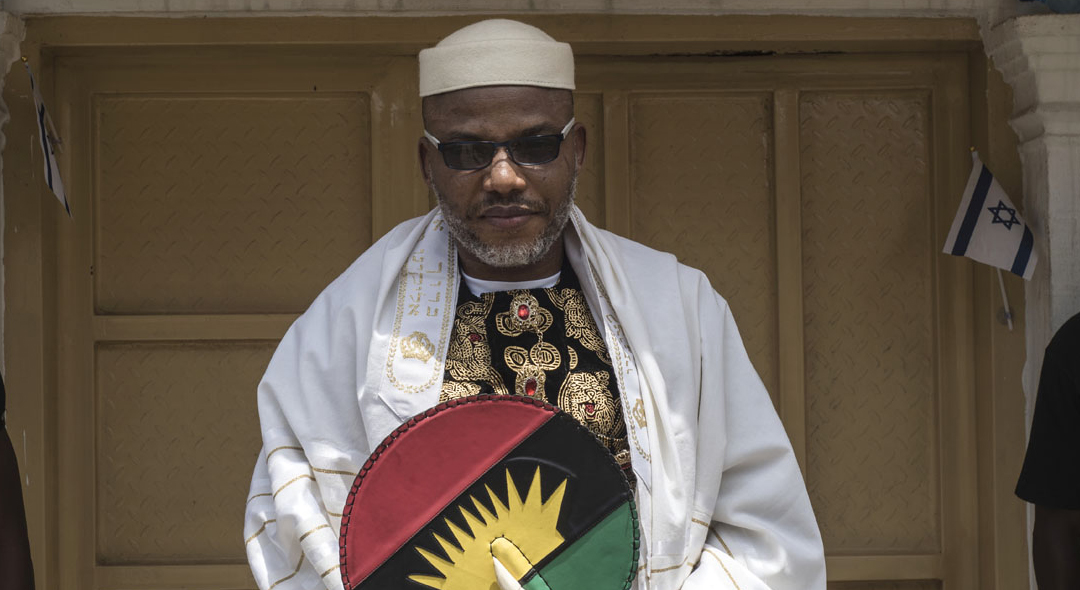 The leader of the proscribed Indigenous People of Biafra (IPOB), Nnamdi Kanu, on Sunday 17thy August 2019 described the attack on the former Deputy Senate President, Senator Ike Ekweremadu, in Nuremberg Germany as a ‘courageous act’.

It was reported that Senator Ekweremadu, who was attending the 2nd Annual Igbo Cultural Festival as a Guest Speaker at an event organized by the Ndi-Igbo Germany community, was beaten up by irate members of the IPOB.

The attack by suspected miscreants from the fold of IPOB was condemned by the apex Ndi-Igbo socio-cultural group, Ohaneze-Ndi-Igbo, and many notable Nigerians.

However, it appears to be an endorsement of violence by the fugitive leader of the group, Nnamdi Kanu who reacted in his official Twitter page, by describing the attack is a polite warning.

The controversial Kanu tweeted, “the courageous act by IPOB at Nürnberg Germany is a polite warning to those engaged in selling our collective interest to Fulani caliphate. Nwodo, Igbo Governors are warned.”

In a similar reaction, the Indigenous People of Biafra (IPOB) applauded the attack which according to them, will serve as a warning to Nnia Nwodo, Dave Umahi, Okezie Ikpeazu, Willie Obiano, and others to steer clear from any public event abroad unless they want to be humiliated as Ekweremadu.