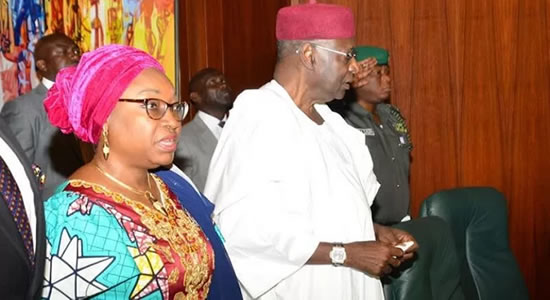 Three of the staff working with the Chief Of Staff (COS), Abba Kyari Office has been reported to have tested positive for the Coronavirus.

Though their identities are yet to be disclosed, however, the condition of the COS and his aides has hurriedly forced the Presidential villa to shut down as non-essential staff were directed to stay away.

Kyari visited Germany in the last two weeks with some top government functionaries on official visits to meet with Siemens AG.

There were speculations that after the trip, the Chief Of Staff did not go into isolation and has attended several meetings with many personalities at the State House.

Last week, he visited Kogi State Governor, Yahaya Bello on a condolence visit, when the Governor lost his mother.

Meanwhile, it was alleged that many of the aides who work with the Vice president did not turn up for work today.

The Vice President Himself was said to have reported behind schedule on Monday.