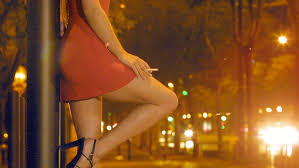 The National Association of Nigerian Prostitutes (NANP) has called on its members to henceforth suspend all activities on bed-to-wealth business against the menace of the current COVID-19 until is over.

This was necessitated by the current surge in the number of cases being recorded positive for the virus.

Tamar Tion, the current President of the Prostitutes while speaking to Dailypost correspondence made this statement, calling on members to suspend all activities that have to do with sexual intercourse until the war on the disease is won.

In her statement which partly reads, “We urge our members nationwide to take the precautionary measures seriously and avoid any sexual activity till further notice.

“They should equally avoid going to nightclubs and other gatherings for their own good.

“They are advised to wash their hands often with soap and water for at least 20 seconds especially after one had been in a public place or after blowing your nose, coughing, or sneezing.

“If soap and water are not readily available, use a hand sanitizer that contains at least 60% alcohol.

Cover all surfaces of your hands and rub them together until they feel dry.

Avoid touching your eyes, nose, and mouth with unwashed hands,”