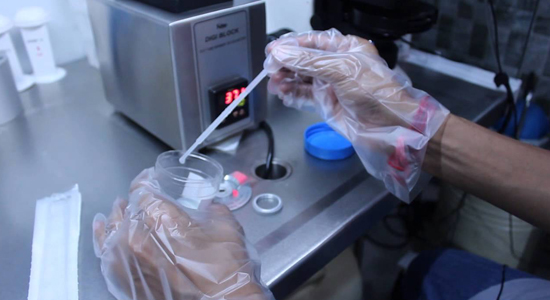 Sperm counts of men in North America, Europe, Australia and New Zealand are plunging, according to a new analysis published Tuesday. Among these men there has been a 52% decline in sperm concentration and a 59% decline in total sperm count over a nearly 40-year period ending in 2011, the analysis, published in the journal Human Reproduction Update, said.

Scientists determine sperm count by looking at a sample of ejaculate under a microscope. For sperm concentration, they measure how many millions of sperm there are in each milliliter of fluid. Sperm count, then, is sperm concentration multiplied by the total volume of an ejaculate.

According to CNN, researchers led by Dr. Hagai Levine of Hebrew University of Jerusalem examined thousands of studies and then conducted a meta-analysis of 185 studies. These included 42,935 male participants who provided semen samples between 1973 and 2011. The chosen studies were well distributed over the nearly 40 years of the study period and among 50 different countries. The analysis included information on fertility status, age, ejaculation abstinence time, semen collection method, sperm count method and geographic location at the level of continent.

Based on their analysis, the international team of researchers from Brazil, Denmark, Israel, Spain and the United States reported a decline in sperm concentration of 1.4% per year with an overall drop of 52.4% during the entire study period for men living in industrialized, Western countries. Meanwhile, total sperm count among the same group plunged 1.6% per year and 59.3% overall. By comparison, the researchers found no significant declines in the sperm counts and sperm concentrations of men living in South America, Asia and Africa.

The high proportion of men in Western countries with sperm concentrations below 40 million/ml is "particularly concerning," wrote Levine and his co-researchers, because evidence indicates that a sperm concentration below this threshold is associated with a "decreased monthly probability of conception."

PAST STUDIES ON SPERM QUALITY

Levine noted that his study follows in the footsteps "a seminal paper published in 1992" known as the Carlsen study. In that meta-analysis of 61 studies worldwide, researchers led by Elisabeth Carlsen, a Danish reproductive biologist, found a trend toward decreasing sperm count and volume of seminal fluid over a 50-year period ending in 1991.

Many people did not accept the results of the study, said Levine, "it was quite controversial whether or not there is a decline." However, Levine noted, "there were serious limitations to the [Carlsen] study." For example, a common criticism of the Carlsen group is that it included one overly large study -- it contributed 30% of the total participants, thus heavily influenced the results. By comparison, the largest of the studies examined by Levine's group included only 5% of all participants.

Since 1992, other researchers conducted analyses to understand whether sperm counts have declined, yet the results were mixed.

"Now we have a pretty solid answer," said Levine, who said his own study performed a meta-regression, "a more conservative, sophisticated analysis," one that accounts for factors that might influence the results.

Though Levine emphasized that his analysis did not study the cause of declines, he speculated the reason may be "we are exposed to many chemicals we've never been exposed to before."

Previous studies, including his own, show that exposure in utero to endocrine disrupting chemicals can harm male reproductive system development and fertility potential. Commonly used chemicals, including pesticides, lead and fire retardants, can increase or decrease production of certain hormones within our bodies and so are said to disrupt our endocrine, or hormone-making, system.

Sonya Lunder, a senior analyst at the nonprofit advocacy group Environmental Working Group, noted that sperm is manufactured daily by men's bodies. Recent exposures to environmental chemicals would have an effect on sperm, which serves as a good indicator of contamination, while also serving as a good biomarker of men's health.

Lunder cites the work of Russ Hauser, a professor of reproductive physiology at Harvard T.H. Chan School of Public Health, who suggests that exposure to endocrine-disrupting chemicals, may be associated with poorer sperm quality among men and worse reproductive outcomes among women.

Still, Lunder noted, "there's not one route to reduction in sperm quality and sperm count for men. By all accounts, people assume there are multiple factors at work."