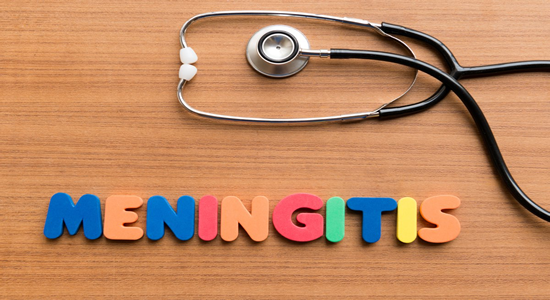 The Nigeria Centre for Disease Control (NCDC) has called on Nigerians across the 36 states and FCT to be alert on the outbreak of Cerebrospinal Meningitis (CSM), as the season commences.

The call was made in the NCDC weekly epidemiological report, where it announced that the2018/2019Meningitis season will commence as usual from November to June with its peak in April.

Nigeria which is amongthe African Countries on the Meningitis belt has made the outbreak become a yearly occurrence in at least 26 states including the Federal Capital Territory (FCT). The statesmost prone to the disease include; Zamfara, Kebbi, Sokoto, Katsina, FCT, Niger, Gombe, Adamawa, Borno, Yobe, Jigawa, Taraba, Nasarawa, Cross River, Lagos, Osun, Kano.

The Agency in its advisory note informed Nigerians on the dangers of the epidemic, adding that though 26 states are prone to the disease, other states must take precautionary measures as Meningitis spreads through human contact.

“It is important to note that Nigeria experienced a large outbreak of meningitis during 2016/2017 season and with State’s support, we achieved over 70 per cent reduction in cases and deaths during the 2017/2018 season and it is possible to prevent more cases/ deaths this season (2018/2019) if we prepare early.

“Therefore, this is a wakeup call to all states to be better prepared to respond in event of an outbreak. As such, states are requested to intensify their support for the meningitis season by strengthen active surveillance and notification for meningitis in communities and health facilities using standard case definition.”

The Agency further advised that in suspected cases, states should ensure immediate collection of cerebrospinal fluid (CSF) samples and subsequently test them  at State Public Health Laboratories. It also enjoined states to set up Incident Management Systems in anticipation of CSM cases.

“States are to procure and preposition Ceftriaxone, intravenous fluids and other medical supplies for immediate case management. They should also train appropriate healthcare workers in all their health facilities to collect CSF samples from all suspected cases of CSM before commencement of treatment, and send same to the appropriate laboratory for diagnosis.

Also speaking on the issue,  the Executive Secretary, Nigeria Primary HealthCare Development Agency (NPHCDA), Faisal Shuaib  said the agency in collaboration with NCDC has commenced sensitization exercise to increase awareness on the symptoms  of Meningitis as well as preventive measures.

He added that meeting with state counterparts were held to curtail the spread of the disease. “We talked about how they should step up campaigns and also increase enlightenment on meningitis in their states. Also, the agency is preparing to stockpile meningitis vaccines and we will start vaccinating those Local Government Areas that did not get vaccines in the last campaigns.

“We have identified those who did not also get vaccines in the last season we are going to be vaccinating them to protect them against meningitis.”

OlaoluAderinola, the head of the technical working group of CSM at the NCDC attributed the high level of deaths recorded in 2016/2017 Meningitis season to the shortage of Type C vaccines globally.

He mentioned some symptoms of the disease as a headache, fever, stiffness of the neck.

“Other people may have sensitivity of the legs but this may not be too common among children. They will also not like to see the sunlight or any bright area and when its gets more severe, they will have altered consciousness. That is, they will not be very coherent in their speech and how they relate with others,

“Infants also have similar symptoms as adults and as such, there is a need to always observe them and take them to the nearest health centre when they start running temperature.

“Due to their ages, they might not exhibit some of the symptoms highlighted but the key thing to watch out in infants, especially those below one year, is the fontal part of the head called the fontanelle,” he said.