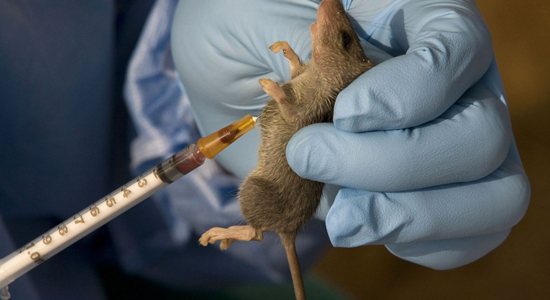 The World Health Organisation (WHO) and the Nigeria Centre for Disease Control (NCDC) have confirmed a decline in the spread of Lassa fever in Nigeria. This report comes after nearly 400 confirmed infections and 119 deaths. They however warned that the epidemic is far from contained.

Recent Data from the NCDC shows that the number of new confirmed and probable cases has been falling for five consecutive weeks, indicating that public health measures are proving effective. However, more infections are expected until the end of the dry season, as the viral haemorrhagic fever is endemic to the area.

The NCDC reported 394 laboratory confirmed cases between January 1 and March 25. There were 18 new confirmed cases in the last reporting week (19-25 March 2018), compared to 54 confirmed cases a month earlier. Wondimagegnehu Alemu, Nigeria’s WHO representative urged that the recent declining trend should be interpreted with caution.

“We should interpret the recent declining trend in new cases with caution. The Lassa fever season is not yet over. We need to maintain vigilance and response operations, and ensure continued engagement with communities to help curb the further spread of Lassa fever.”

Chikwe Ihekweazu, Chief Executive Officer of the NCDC, confirmed that research is being carried out in real-time to unravel how so many people got infected with the disease, noting that treatment of the outbreak would be of utmost importance.

“We are researching what has led to so many people becoming infected with Lassa fever” "Even with a downward trend, until we can better understand the causes behind its rapid spread, we must treat the outbreak as a priority.”

The preliminary results suggest that the circulating virus is consistent with previous outbreaks and not caused by a new more virulent strain. WHO has released $900,000 from its Contingency Fund for Emergencies to quickly scale up operations, and is also supporting preparedness and response capacities in neighbouring countries.

Lassa fever, also known as Lassa hemorrhagic fever (LHF), is a type of viral hemorrhagic fever caused by the Lassa virus. Symptoms of the disease include fever, weakness, headaches, vomiting, and muscle pains. The disease is usually spread to people via contact with the urine or feces of an infected multimammate rat.

Although there is no vaccine currently available for Lassa fever, the disease can be prevented. Hence the NCDC has advised Nigerians to keep their surroundings clean to prevent rodent infestation. The NCDC says it collaborating with the WHO to scale its response. It is also collaborating with ALIMA and MSF in Edo, Ondo and Anambra States to support case management.