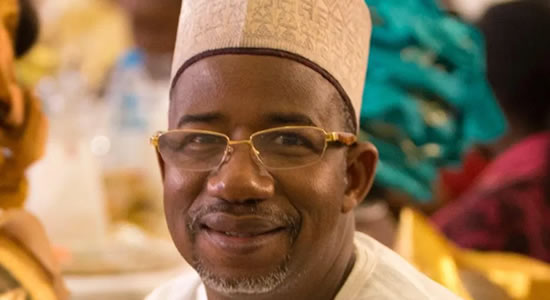 The Bauchi State Governor, Senator Bala Mohammed, has on Thursday tested negative for the coronavirus sixteen days after he was tested positive.

Governor Mohamed had on 24th March tested positive for the coronavirus after he returned from Germany on an official engagement, after his blood sample was taken and tested by the Nigeria Centre for Disease Control (NCDC).

In a statement which was broadcasted through his Special Assistant on Media, Mukhtar Gidado, from Bauchi “Of the six initial tests carried out, one sample was confirmed positive of COVID-19, the positive result happened to be of His Excellency Senator Bala Abdukadir Mohammed, the Executive Governor of Bauchi State,”

However, on Thursday, the Governor was tested negative and was posted his tweeter handle: @SenBalamohammed, the Governor thanked god and all those who stood by him during the period of his isolation.

I just received the green light. My second test for #COVID19 returned negative.

I thank you all for your prayers & support even while I was in isolation.

Most importantly, all the praises & thanks be to Allah – the Most Beneficent, the Most Merciful. #GreaterBauchi

“My gratitude also goes to our religious leaders within and outside the state for their constant prayers, also our meticulous Bauchi #COVID19 team and the NCDC,” the governor stated.

On Thursday, the NCDC revealed that there were 14 new cases in the country, 13 1n Lagos while 1 in Delta state.

As at 9;30pm on Thursday the toll in Nigeria was at 288 confirmed cases of COVID-19, 51 have been discharged, while seven died on the NCDC tweet.

Out of the 288 cases, the Bauchi state has 6 cases according to NCDC, also acknowledged it erroneously reported two cases in Bauchi.

Following further review, we can confirm that these were repeat tests for previously confirmed cases.

“We apologise for this error and remain committed to ensuring transparent and accurate reporting of test results,” the NCDC tweeted.