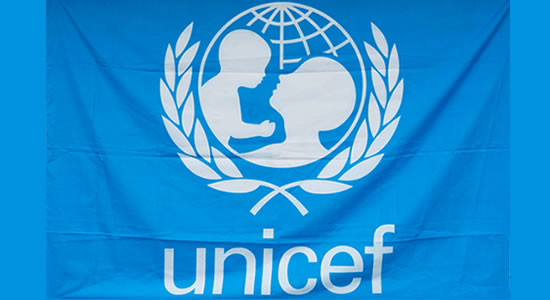 The United Nations Children’s Fund( UNICEF) has on Sunday said it is ready to commence the immunization of two million persons against yellow fever disease in Ekiti State, Vanguard reports. The vaccination exercise set to commence between January 24 to February 2,2020 is targeted at persons between the ages of 9 months and 44 years, at 85 per cent of the population, making up 2.3 million people in the state.

According to Mr. Ayomide Aibinuomo, a State Technical Officer of the World Health Organisation (WHO), Ekiti State, the vaccination exercise is pertinent so as not to allow the disease spread, as the disease has claimed lives in the Northern parts of the country.

"We have 24 suspected cases in Ekiti between 2018 and 2019. We have met with the traditional, religious and educational institution to partner us to spread the gospel of anti-yellow fever across all the 177 wards in the state," he explained.

"Though there might not be any suspected case in 2020, for the suspected cases recorded in neighbouring states of Ondo, Oyo, Osun, and Edo, we have to take proactive measures, because Ekiti people have a high level of migration.

"The vaccine has no adverse effect. It is free and can be taken by anybody except those with immuno-compromised cases like HIV, pregnant persons and nine to 44 years are the most vulnerable, that is why they are the target, but those above the age can be attacked," Aibinuomo said.

The WHO expert stated that the Ekiti State Government has deployed 177 mobilisers and 85 town announcers to sensitize the public on the vaccination exercise.

"It is not oral inoculation, but an injectable vaccine. Let us protect ourselves from this deadly virus. We have lost precious ones to yellow fever and even simple measles, so there is a need for us to take caution".

Also, a health officer at the Ekiti State Primary Healthcare Development Agency, Mrs. Ajayi A.A, explained the need of health workers to ensure that all vulnerable persons are captured in the exercise.

"We are going to work with traditional, religious and youth organistions , so that the community can take ownership of the programme and publicise it.

"We are going to provide logistics that will make us reach even the hardest terrain. We want to get there and vaccinate our people because you cannot underrate the disease, it has a tendency to kill if not properly treated," Ajayi added.

“And there was the need for behavioural change, people shouldn’t resist the injection because of religion or superstitions. It has no repercussion, it will only strengthen our immunity to prevent us from being attacked by the virus”, she said.