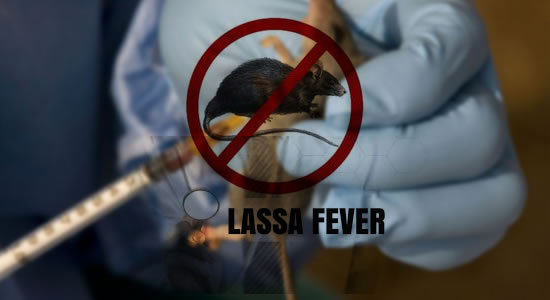 The continued rise in the cases of Lassa fever across some states in Nigeria has started giving concern to the Federal Government. The Minister of Health for the state, Olorunnimbe Mamora, has expressed worry during a joint national briefing during the Presidential Task Force of the (PTF) on COVID-19.

The Minister said there has been a couple of cases reported in some state; especially now that the dry season is setting in, warning we should not ignore it at the altar of COVID-19.

He revealed that in the last 24hrs, about 180 cases of the coronavirus were reported with two fatalities across the country.

Mamora said with the current result, the total number of infection in the country as at yesterday has moved to 64,516 out of the 697,544 persons tested for the virus.

In his statement, “A total of 60,737 cases have been treated and discharged while there are currently 2617 active cases currently receiving care at home or in a facility.

Sadly about 1,162 deaths with a case fatality rate of 1.8 per cent were recorded.

The minister added, “We are cautiously impressed that the number of active cases is reducing as more persons are being discharged and the recovery rate is increasing,”

Accordingly, he said officers from across Federal Ministry of Health, National Primary Healthcare Development Agency and Nigeria Centre for Disease Control with other developing partners were in support supervision to the facility centre.

He said as government is trying to contain the spread of the disease, being on the watch out for other diseases cannot be wished off.

“One of such diseases is Lassa fever which is a viral haemorrhagic disease characterized by one or more of the following symptoms: malaise, fever, headache, sore throat, cough, nausea, vomiting, diarrhoea, muscle pain, chest pain and hearing loss, Mamora stated.

He disclosed this year alone Nigeria has recorded 1131 confirmed cases of Lassa fever from 27 states, however, the number of the confirmed cases have been on the increase from 3 last week to 11 this week.

He said a substantial part of the cases was recorded in Ondo state, though it can affect anybody from any state.

He, therefore, call on all and sundry to be on the watch out for the symptom and rush to report the case where any, as an early report of the case can save the person from complication he said.

Meanwhile, he said the federal government is investigating the mysterious death from Delta and Enugu states.