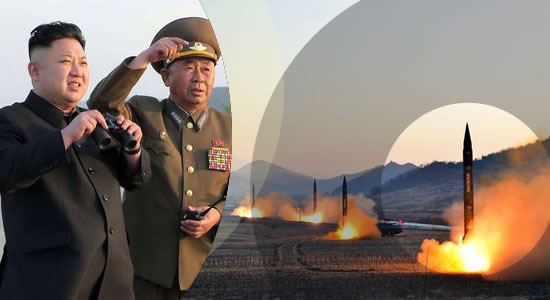 The CNN reports that United States' spy satellites may have detected moves by North Korean leader, Kim Jong UN to either test or launch another Intercontinental Ballistic Missiles (ICBM). The report which quoted an unnamed senior US Defense Officials says "the spy satellites spotted a mobile missile launcher capable of launching an intermediate range ballistic missile being moved in a way that leads the US military to believe preparations are being made for a possible launch."

The US and North Korea have been locked in media war, with both countries threatening to deploy nuclear arsenal in the event that the provocation escalates.

The crisis heightened recently when North Korea tested another long range ICBM, claiming that the move was to send a clear message to the US. Pyongyang's Korean Central News Agency (KCNA) in July quoted North Korea's leader, Kim Jong Un as saying that the test was designed to show the Hwasong-14 missile's maximum range with a "large sized heavy nuclear warhead".

The statement warned the United States to regard the test as a grave signal that the whole US mainland was now within North Korea's reach. It also quoted the spokesman of North Korean Foreign Ministry as saying
"The US needs to stop with its delusion of trying to harm us, by clearly understanding the strategic status of the DPRK which soared up as the world's nuclear and missile power, and our military and peoples' strong will to revenge our enemies to destruction"

He added that "If the US continues to frantically cling on to the so-called 'strong sanctions' and military adventures against us, we will respond with firm action of justice that we had already made clear."

Meanwhile, the US President, Donald Trump has threatened to rain fire and furry if Kim Jong UN attempts to target the US.