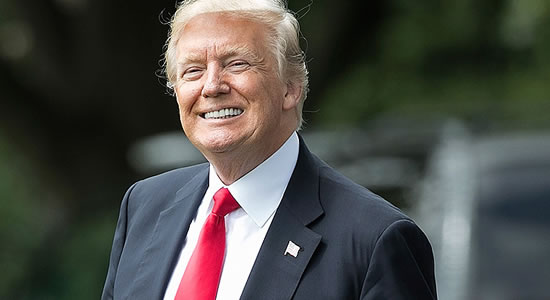 President Donald Trump of the United States has on Wednesday been nominated by a Norwegian MP, Christian Tybring-Gjedde of the populist party for the 2021 Nobel Peace Prize, commending his role in the agreement between Israel and the United Arab Emirates.

"The reason is that he crafted a unique and historic agreement between Israel and the UAE. An agreement that, we hope, can be extended to other Arab countries so that we can have lasting peace in the Middle East," Tybring-Gjedde said while speaking to AFP.
He added that the US president deserved to win the prestigious prize, saying he has done more than some past laureates.

"Whether it’s the 1978 Camp David accords or the 1993 Oslo accords, the Nobel Peace Prize has been given to the protagonists and this agreement is at least as revolutionary for the Middle East."

Trump had in the past lamented over not being taken seriously enough for the prize, expressing dismay over former President Barack Obama's win in 2009.

He said, "They gave it to Obama. He didn’t even know what he got it for. He was there for about 15 seconds and he got the Nobel Prize"

"I probably will never get it," he added.