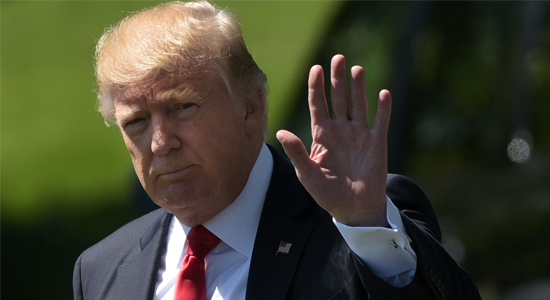 There are two staff of the White House Complex who have tested positive for the Coronavirus, making it the first confirmed cases among staff who have worked closely with President Donald Trump and Vice president Mike Pence.

The news that the Vice president's spokeswoman, Katie Miller is among the two Staff that tested positive has sparked fear that the more staff may be infected, especially the President and Vice president.

Miller who works closely with Pence is also married to Trump's aide, Stephen Miller, one of the president's speechwriters.

Speaking in a meeting with Republicans in the White House, Trump said: "She's a wonderful young woman, Katie."

"She tested very good for a long period of time and then all of a sudden today she tested positive."

Miller took to Twitter to thank people for the kind and supportive messages, "I’m doing well and look forward to getting back to work for the American people."

When asked in a press briefing about the safety of the White House and the President, Kayleigh McEnany, White House Press Secretary said, "I can just tell you that we’ve taken every single precaution to protect the president."

"We clean the facility, we social distance, we keep people six feet away from each other."