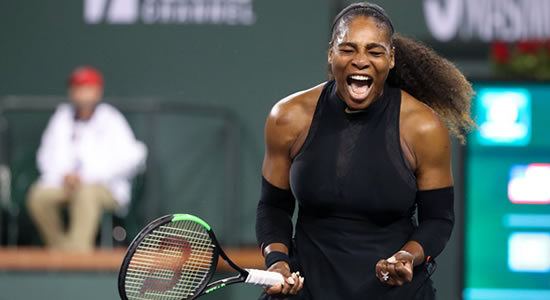 The Legend Serena Williams has today donated her winner's cheque of $43,000 dollars she worn from the WTA Auckland Classic to the Australian bushfire relief fund to help victims.

The 38yrs old mother of two first tournament victory in three years, however, tampered celebration by empathising with the Australians victims.

According to her, she has been playing in Australia for over 20years and it’s been really hard for her to watch all the news is carrying and everything that has been happening  in Australia with a raging fire burning all causing people to lose their lifetime earnings.

In addition to the winner’s cheque gift, Williams also signed the dress she wore in the first round of Auckland and put it up action to raise more funds for the Australian victims. (AFP)