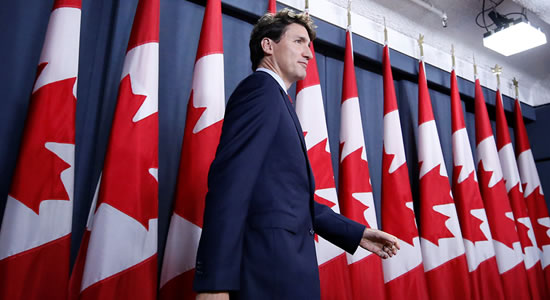 Recall that the jetliner, a Boeing 737 operated by Ukrainian International Airlines and carrying mostly Iranians and Canadian-Iranians went down on the outskirts of Tehran during takeoff just hours after Iran launched a barrage of missiles at US forces in Iraq. Of the 176 people who were killed, 57 were Canadian nationals. Nearly 140 passengers on board were scheduled to take a connecting flight from Kiev to Canada.

Trudeau’s statement reads, “Tonight, Iran acknowledged that Ukraine International Airlines Flight 752 was shot down by its own armed forces.

“Our focus remains closure, accountability, transparency, and justice for the families and loved ones of the victims. This is a national tragedy, and all Canadians are mourning together.

“We will continue working with our partners around the world to ensure a complete and thorough investigation, and the Canadian government expects full cooperation from Iranian authorities.”