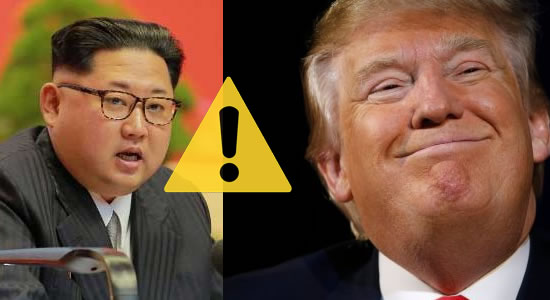 North Korea has disclosed that it is willing to resume nuclear talks with the United States later this month with the condition that Washington takes a new approach.

North Korean Vice Foreign Minister, Choe Son Hui made this known in a statement, saying Pyongyang was willing to have an extensive and coherent meeting with the U.S, adding that both countries have to agree on place and time.

According to Reuters, despite the announcement, North Korea launched 2 unidentified projectiles from east of its South Pyongyang Province.

A top U.S official said they are aware of the launch of projectiles and are taking necessary measures.

“We are aware of reports of projectiles launched from North Korea.

We are continuing to monitor the situation and consulting closely with our allies in the region.”

While speaking to journalists at the White House, President Donald Trump said it is “interesting” that North Korea wants to meet.

“I just saw it as I’m coming out here, that they would like to meet.

“I always say having meetings is a good thing, not a bad thing.”

Speaking on North Korea, U.S Secretary of State, Mike Pompeo said though the missile test is disappointing, he hoped for total denuclearization.