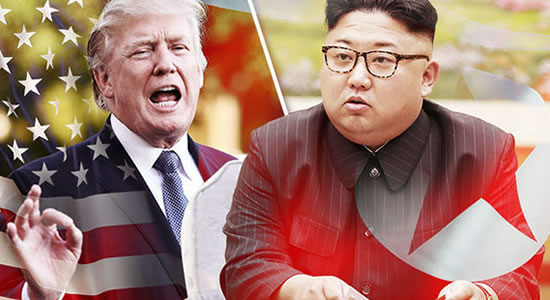 North Korea has on Friday launched two short-range ballistic missiles off the eastern coast, after it disclosed that peace talks with South are over, making it the sixth missile launch.
This development indicates North Korea’s frustrations with the US over placed sanctions and inability to proceed with its nuclear weapon programme.

According to South Korea’s Joint Chiefs of Staff, the missile was fired around 230 kilometres at an altitude of 30 kilometres from the launch site of Kangwon Province, before it landed into the sea.

“Our military is monitoring the situation in case of additional launches while maintaining a readiness posture,” the Korean military revealed.

The angry launch was also South Korea’s participation in a joint military drill with the US earlier this month, as well as the acquisition of US drone technology and 2, advanced F-35A stealth fighter jets by Seoul.

“We have nothing to talk any more with the South Korean authorities nor have any idea to sit with them again,” Pyongyang said in a statement issued by its ruling party.

“He often calls for peace.

Then is he going to make an excuse that the drones and fighters being purchased from the US are just for spreading agrochemicals and for circus fights?” the statement added.

South Korea tried to halt the launch but proved abortive, saying the launch would cause further tension in the peninsula.