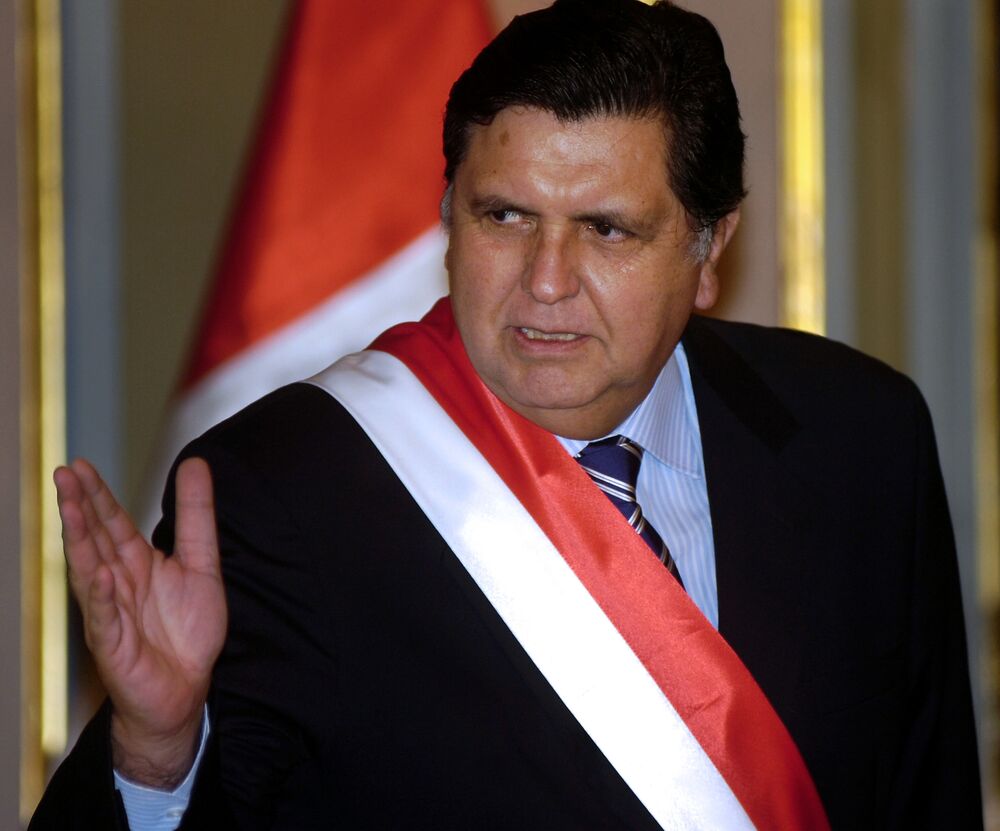 Emerging reports indicated that Alan Garcia, former President of Peru shot himself in the head at his home on Wednesday, 17th April 2019 as police were about to arrest him in a sprawling corruption case. The death has so far been confirmed by his lawyer and hospital officials.

It was gathered that the 69-year-old Garcia undergone emergency surgery for a bullet wound to his head at the Casimiro Ulloa Emergency Hospital in Lima, the hospital after he was rushed for emergency attention.

According to Zulema Tomas, Peru’s Health Minister, Garcia was in a very serious and critical condition. He has to be resuscitated three times, He’s had three cardiac arrests He is in a delicate condition and the prognosis is reserved.

His death was confirmed by current President of Peru, Martín Vizcarra.

Also, the Health Minister added that the bullet went straight through Garcia’s head.

The attempted arrest took place at 6:30 a.m. (1130 GMT) at Garcia’s home in the posh Miraflores neighborhood of Lima.

The Minister expressed dismay over the ugly scenario describing it as this morning there was a regrettable accident: the president took the decision to shoot himself.

Also, Erasmo Reyna, Garcia’s lawyer, told reporters outside the hospital that Garcia, who was president from 1985-90 and again from 2006-2011, is suspected of having taken bribes from Brazilian construction giant Odebrecht in return for large-scale public works contracts.

Additionally, in November 2018 he sought refuge in the Uruguayan Embassy and applied for asylum but he left the next month after it was denied.

He is one of the four Peruvian ex-presidents embroiled in various corruption scandals alongside Pedro Pablo Kuczynski, Ollanta Humala, and Alejandro Toledo.

In the vein, Odebrecht has admitted to paying $29 million in bribes to Peruvian officials over three administrations. Some of those payments were allegedly made during Garcia’s second term in office to secure a contract to build the Lima Metro.

Peruvian press reports also claimed Garcia received the sum of  $100,000 payment from an illicit Odebrecht fund for giving a speech to Brazilian business leaders in Sao Paulo in May 2012.