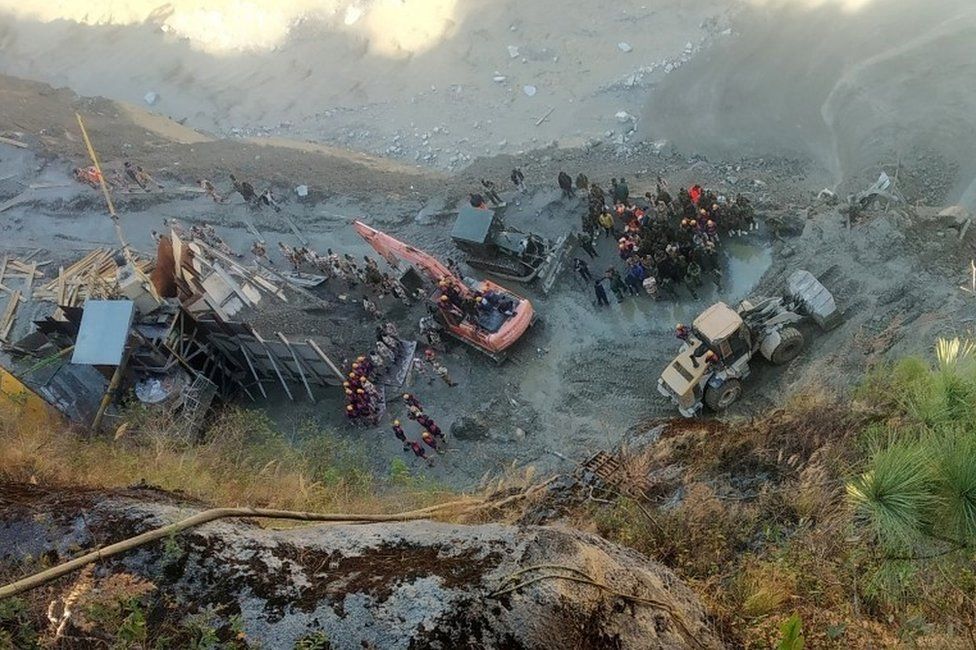 Eighteen people have been confirmed dead and at least 200 people missing on Monday following the flood in Uttarakhand, India, suspected to have been caused by a chunk of glacier breaking off, the Uttarakhand State Government said. The water and debris shot down a tight valley in the Himalayan North region of India on Sunday, destroying roads, bridges and hitting two hydroelectric power plants. “There was a cloud of dust as the water went by. The ground shook like an earthquake,” a resident said. According to the Chief Minister of Uttarakhand, Trivendra Singh Rawat, most of the people missing were working at the power plants when they incident occurred, trapping them in two tunnels that were cut off by the flood, mud and rocks.

“If this incident happened in the evening, after work hours, the situation wouldn’t have been this bad as labourers and workers in and around the work sites would have been at home,” Rawat said.

Meanwhile, hundreds of rescue workers have continued the search operation to find other missing people.