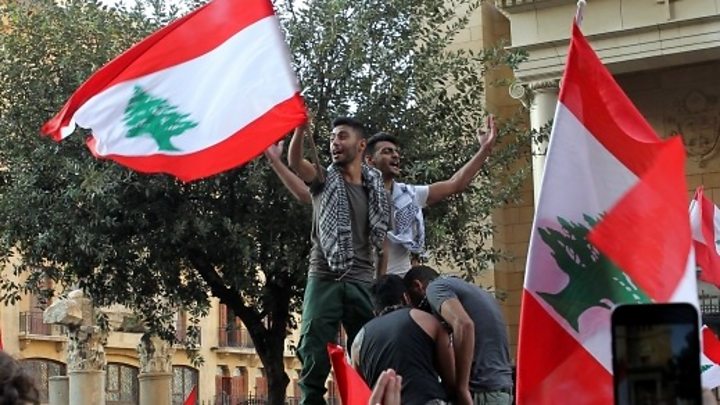 Demonstration in Lebanon has entered the seventh day on Wednesday as Protesters continued to block major roads and streets. High institutions, schools, and banks remain under lock as the protesters demand an end to the country’s economic woes and political corruption.

The protest is aimed at putting pressure on the government of Prime Minister Saad Hariri to resign.

“We will not leave the streets until all of this political group leave,’’ read a placard hung on a wall in central Beirut.

The protesters have so far rejected the government’s package of economic reforms, which were presented to the public on Monday. Among the reforms is a 50 per cent reduction in salary for former and current lawmakers and ministers; the abolishment of the Ministry of Information, anti-corruption panel and a number of other state institutions.

Meanwhile, Hariri vowed that no new taxes would be imposed. (NAN)