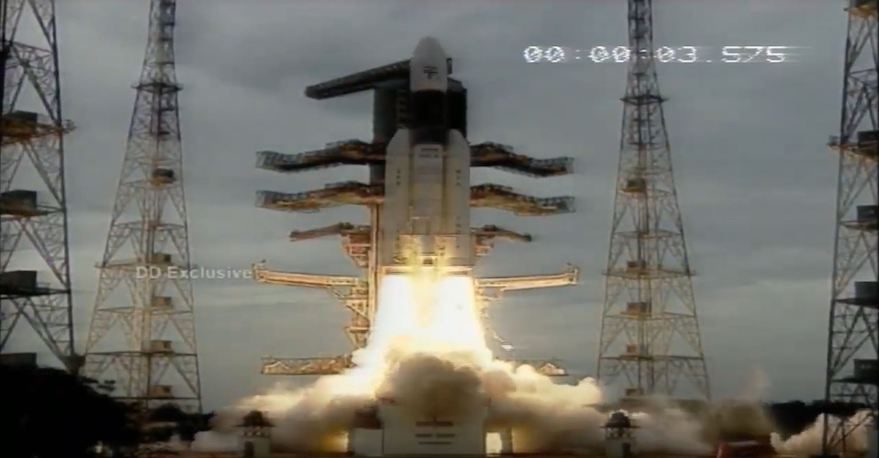 India is bidding to follow Russia, the United States, and China in landing a spacecraft on the Moon, as the country Monday sends up a rocket to put a craft on the surface of the moon.

Chandrayaan-2 — or Moon Chariot 2 — took off on time at 2:43 pm (0913 GMT) from the Satish Dhawan Space Centre on an island off the coast of Andhra Pradesh state. The launch came a week after a fuel leak forced a previous attempt to be canceled a few minutes before the scheduled blast-off.

President Ram Nath Kovind witnessed the launch alongside other dignitaries and flag-waving children. The rocket carried an orbiter, a lander, and a rover, and has been almost entirely designed and made in India.

The 2.4-tonne orbiter is expected to circle the Moon for about a year, taking images of the surface, looking for signs of water, and studying the atmosphere. (NAN)