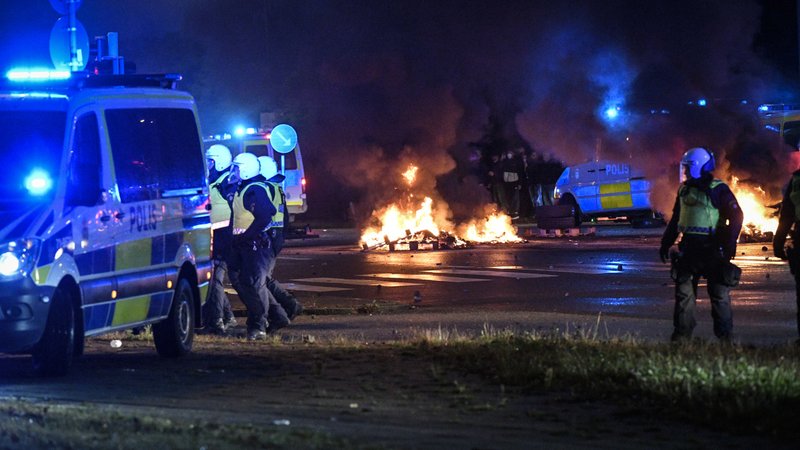 A wild protest broke out in Sweden which has led to riots after Far-right activists burned a Quran in the southern Swedish city of Malmo. More than 300 people gathered to protest after an anti-Muslim Danish politician, Rasmus Paludan who was banned from entering Sweden for two years after he burned a Quran was about entering the country the same day as the Muslim weekly Friday prayers.

Rasmus Paludan, last year attracted media attention and incited controversy for burning a Koran wrapped in bacon, a meat that is anathema for Muslims. Authorities pre-empted Paludan's arrival by announcing he had been banned from entering Sweden for two years. He was later arrested near Malmo.

Paludan later put up a scathing message on Facebook.

"Sent back and banned from Sweden for two years. However, rapists and murderers are always welcome!" he wrote.

"We suspect that he was going to break the law in Sweden," said Calle Persson, spokesman for the police in Malmo.

"There was also a risk that his behaviour ... would pose a threat to society."

But his supporters went ahead with the rally and three people were then arrested for inciting racial hatred.