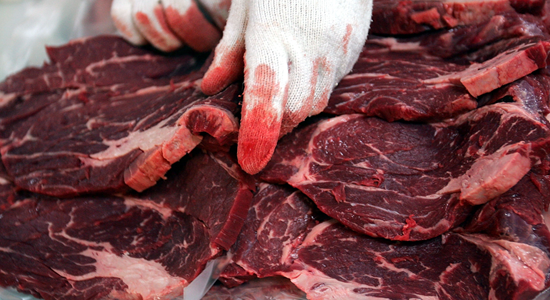 Four men have appeared in a South African court facing charges of cannibalism after one allegedly walked into a police station declaring he was "tired" of eating human flesh.

When questioned further, the man produced part of a human leg and hand.

Police then accompanied the man back to a house in KwaZulu-Natal where more body parts were found.

Four men, two of them traditional healers, were arrested and charged with murder and conspiracy to murder.

They appeared in Estcourt Magistrate's Court, about 175km (110 miles) north-west of Durban, on Monday.

A police spokesperson told the BBC that it is possible that the four young men, aged between 22 and 32 years old, are part of a bigger syndicate.

The investigation is still under way, with police urging people whose relatives have disappeared in the vicinity of Estcourt to come forward.

A team of forensic experts has been called in to identify the remains, as it is not clear whether the body parts belong to one or several victims.

A month ago, in Durban, the biggest city in the region, a man was arrested in possession of a human head, concealed in a backpack. It is believed he was trying to sell it to a traditional healer.