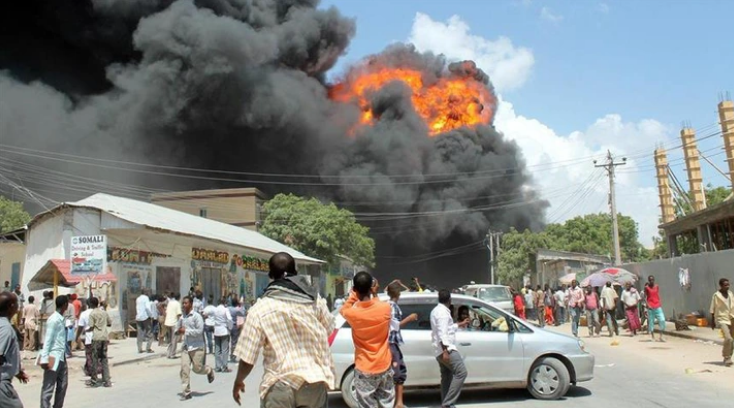 30 days after a suicide bomber had exploded on a bus, killing himself and injuring others, the city of Kampala witnessed another terror incident close to the parliament in the early hours of Tuesday as twin explosions rocked the city, killing at least two people with several others injured.

An NTV Uganda reporter said he saw two bodies. The cause of the blasts was not immediately clear. "First responders included Red Cross personnel who were using fire extinguishers to curb the fire on Parliamentary Avenue," the station said on Twitter.

A Ugandan military spokesperson, Brigadier Flavia Byekwaso, told Reuters that there had been "multiple" blasts and "multiple" casualties but declined to give further details.

Irene Nakasiita, a spokesperson at the Uganda Red Cross, said they would release information about the blasts later. The spokesperson for Uganda's police did not respond immediately to requests for comment.

Last month, Islamic State made its first claim of responsibility for a blast in Uganda. That bomb - packed with shrapnel - killed a waitress at a restaurant.