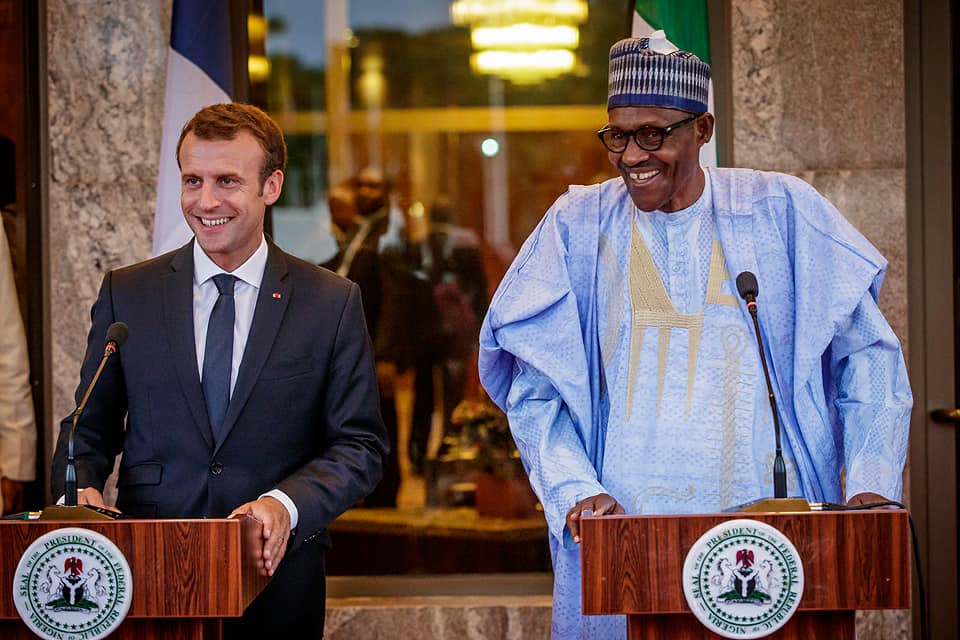 Nigeria And France To Collaborate To Dismantle Transnational Criminal Networks, Others

President Muhammadu Buhari told his French counterpart, President Emmanuel Macron that Nigeria would work with France to checkmate international criminal networks operating in Europe and Africa. In a press statement released on Wednesday by the Special Adviser to the President on Media and Publicity, Mr. Femi Adesina revealed that President Buhari made this statement during a lunch meeting with President Macron in Paris, France.

The statement quoted President Buhari, “On security, we commend France for its strong commitment to peace and security in the Sahel and the Lake Chad region. This has contributed significantly to the fight against terrorism and extremism in the region.

“Irregular migration and human trafficking are issues of concern to both Nigeria and France. Transnational criminal networks operating in Africa and Europe are exploiting the vulnerable in the most dehumanizing ways. We are committed to working with the relevant French authorities to dismantle these networks.”

President Macron expressed his country’s eagerness to counter terrorism and extremism in the Sahel and Lake Chad region.

President Buhari also stated that Nigeria was willing to work with France to strengthen business relations between the two countries.

President Buhari said, “On the business front, we welcome the personal efforts of President Macron to strengthen ties between Nigeria and French corporations. It was during your visit to Lagos in 2018 that the French Nigeria Investment Club was established.

“You were also instrumental to the establishment of the France-Nigeria Business Council more recently in June 2021. These efforts have brought together some of the largest corporations in Nigeria and France and the stage is set for expanded engagement by entrepreneurs in both countries.”