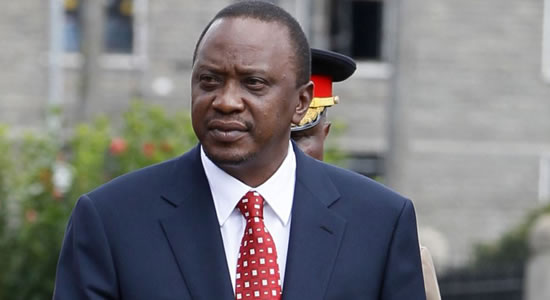 The Chairman of Kenys’s Independent Electoral and Boundaries Commission (IEBC), Wafula Chebukati declared Mr Uhuru Kenyatta the winner of the presidential race after keeping the world waiting for hours in the disputed elections.  Mr Kenyatta amassed 54.3% of votes, ahead of his rival Raila Odinga, with 44.7%. The declaration was boycotted by representatives of the opposition coalition, led by Raila Odinga.

After the announcement, Mr Kenyatta called for unity, telling opposition supporters: "I reach out to you... We are all citizens of the same republic".

But the opposition rejected the results even before they were declared, calling the process a "charade".

However, it has been endorsed by international observers. Mr Kenyatta said they had ensured a "free, fair and credible election". “He attained 25 percent of votes cast in 35 counties ” Mr Chebukati, the returning officer of the presidential election, said at Bomas of Kenya— the national tallying centre, in the capital Nairobi, according to Kenya’s Daily Nation newspaper.

The announcement was met with celebrations in the strongholds of Mr Kenyatta’s party, Jubilee, and protests amongst some Odinga’s National Super Alliance(NASA) supporters.