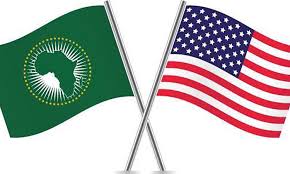 President Joe Biden on Friday promised partnership with Africa and said he hoped to attend the next African Union summit, an about-face in US interest in a continent largely ignored by his predecessor. In a video message to this weekend’s African Union summit, being held virtually due to Covid-19, the new US leader promised to work with Africans on his key priorities of fighting the virus and climate change and also to advance diplomacy to end the continent’s conflicts.

“None of this is going to be easy, but the United States stands ready now to be your partner in solidarity, support, and mutual respect,” Biden said.

“I hope I can be with you next time in person.”

In what have become early themes of his presidency, Biden vowed to promote democracy and the rights of sexual minorities — which are frequently under attack in Africa.

Biden said he wanted to work with Africa on “a future committed to investing in our democratic institutions and promoting the human rights of all people — women and girls, LGBTQ individuals, people with disabilities and people of every ethnic background, religion, and heritage.”

Biden’s predecessor Donald Trump was the first president since Ronald Reagan not to visit Africa during his tenure and rose to prominence by promoting the falsehood that his predecessor Barack Obama was born in Kenya.

Trump notoriously was quoted as using an expletive to describe African nations when explaining why he did not want non-white immigrants to the United States.