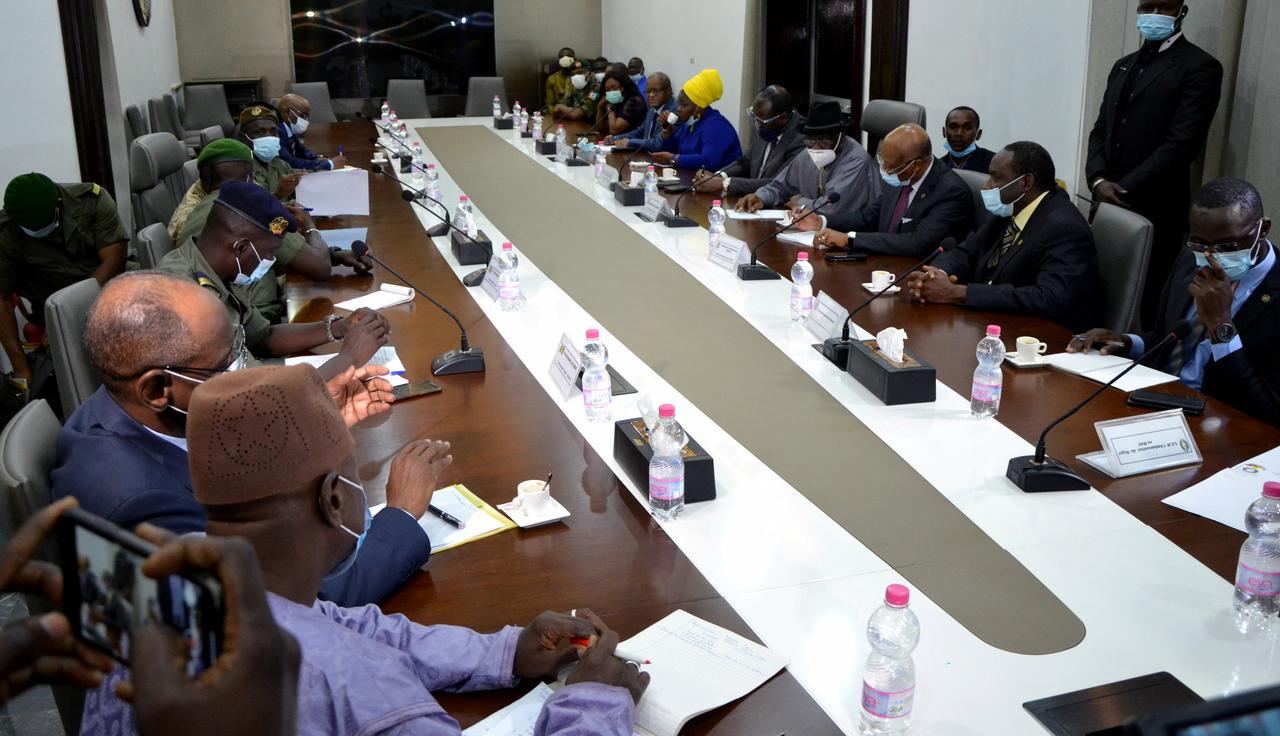 Delegates from the 15 member nations of the Economic Community of West African States (ECOWAS) led by Nigeria's former President, Goodluck Jonathan met with key members of Mali's coup leaders to resolve the situation within the country and also seek a return to civil rule.

The meeting which lasted 90 minutes was held in the defence ministry saw the head of the delegation, president Jonathan, sitting at a long table opposite military government leader Assimi Goita, who wore a desert camouflage uniform and was flanked by other military officers in berets and fatigues.

The coup leaders, who call themselves the National Committee for the Salvation of the People (CNSP) who has been in charge of the country since Tuesday when the mutineers detained Keita at gunpoint and forced him to resign - promised to oversee a transition to elections within a "reasonable" amount of time.

However, the overthrow of Keita was welcomed by many in Mali, which had been rocked by months of protests calling for his resignation for alleged corruption and worsening security in areas where affiliates of al-Qaeda and ISIL (ISIS) are active.