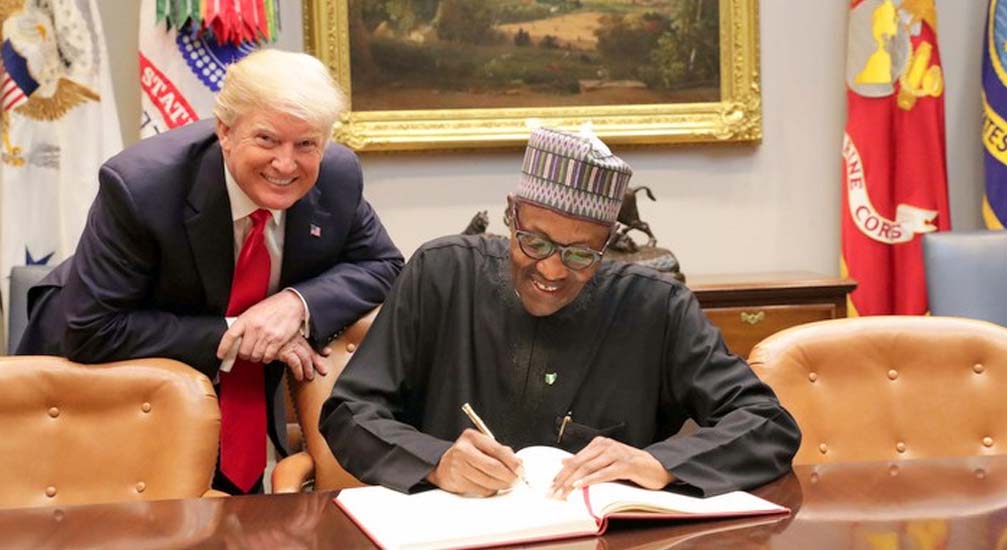 The Federal Government has called on the United State of America to mull over its decades of relationship with Nigeria and reverse the Visa restriction its slammed against the country.

The Director of Press and Public Relation, Ministry of Interior, Mohammed Manga disclosed this while briefing newsmen on behalf of the minister.

Manga said, the Minister Abdul’rauf Aragbesola made the call when he received, Mary Leonard, an Ambassador of America to Nigeria in his office in Abuja who paid him a courtesy visit on Thursday.

The Minister said the Nigerian government has so much confidence in the government of the united state that it would address the immigration and consular issues in respect of persons seeking to enter the country through the issuance of visa, passport and other relevant documents.

Aragbesola said being the Chairman, Presidential Committee on the Citizen Data Management and Harmonisation, he said he can proudly say the Nigerian government has complied with most of the issues raised by the United state concerning the visa restriction.

He revealed these are things like uploading of over 700 stolen or lost passport on Nigerian Immigration Service Database among others as the country is not a pariah nation.

The Minister opined Nigeria was too ally to the united state to be sanctioned as such, instead, Nigeria should be commended by the US, urging the US to also review the year’s limit of the visa from two years to five years.

Aragbesola also solicited the united state to establish a third office in Nigeria similar to what is obtainable in Atlanta, New York and Washington DC.

Meanwhile, he called on both countries to strengthen the Security Governance Initiative between his Ministry and American Embassy through proper enlightenment and awareness creation.

The Minister assured the Ambassador the commitment of President Buhari Administration in strengthening the internal security of Nigeria and its citizenship integrity of both Nigerians and foreigners alike.

Aregbesola hinted that President Muhammadu Buhari would commission the Nigeria Immigration Data Technology Centre before the end of the year 2020, as part of the Federal Government’s commitment to ensuring that her data is linked with security agencies globally.

Corroborating the minister’s comment, the Comptroller General, Nigeria Immigration Service, Muhammad Babandede, said the country had improved on her border management through its Migration Information and Data Analysis System (MIDAS).

Meanwhile, Miss Leonard gave assurance of her country’s determination to continue to collaborate with Nigeria, so as to further strengthen their relationship.