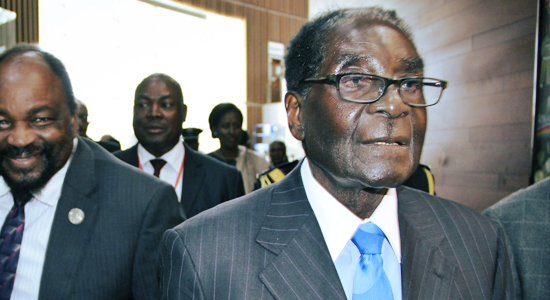 Mugabe died in Singapore after he had been receiving treatment in a hospital since April.

“It is with the utmost sadness that I announce the passing on of Zimbabwe’s founding father and former President, Cde Robert Mugabe,” Mnangagwa posted.

Mugabe ruled Zimbabwe for 37 years, from 1980 to 2017 when he was forced to resign after a military coup overthrew his government.

The former leader was born on February 21, 1924. He fought for Zimbabwe's independence and was imprisoned for political agitation in 1964. While in the Britain prison, he earned two law degrees from the University of London External Programme.

After his release in 1974, fled to Mozambique where he was made the leader of Zimbabwe African National Union by the guerrilla fighters who were fighting against white minority rule.

In 1980, after Zimbabwe gained her independence, Mugabe' party, ZANU-PF won the election, making him the prime minister. He became president after a constitution change in 1987 which named Joshua Nkomo as one of his deputies.

However, the 2017 coup was following protests over his tyranny and was replaced President Mnangagwa who he sacked prior to his resignation as President.

Since the announcement of Mugabe's death, Presidents and Heads of Governments as well as well wishers have condoled his family over their loss.