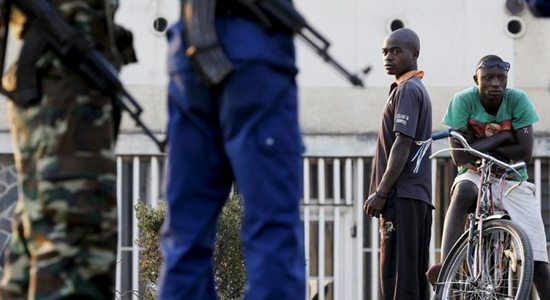 The Paris-based International Federation for Human Rights (FIDH) has just tweeted that Burundian human rights campaigner Germain Rukuki has been sentenced to 32 years in prison. They say this is the “heaviest sentence ever handed down to a human rights defender in Burundi”.

Mr Rukuki was arrested last year after the authorities accused him of continuing to work for a banned organisation called Christian Action for the Abolition of Torture, where he had been the treasurer.

He was charged with rebellion and “undermining the internal security of the state” in July 2017 and has been detained ever since.

Burundi has cracked down on government critics and rights groups since 2015, when President Pierre Nkurunziza survived and attempted coup amid unrest over his bid to be re-elected to a third term.