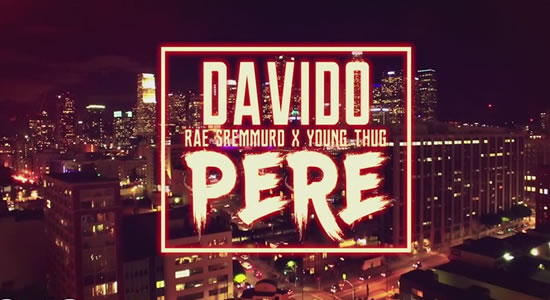 Rising Producer, HOD has accused Davido of stealing his song, 'Pere', featuring Young Thug and Rae Sremmund. HOD who took to his Twitter handle, @ITS_HOD to express his grievances lamented that his decision to go public was because the 'Aye' crooner refused to give him credit for the song. He claimed that he recorded the song in 2015 with Dammy Krane.

Some of his tweets read;

“Only for me to press play on Davido’s new song last night and I hear the same bleeping song Dammy Krane recorded with me in 2015! Why??”

“How long will upcoming producers be stepped upon? So because I am not known, you gave the song to Davido and my beat to DJ Mustard?” “I have well documented proof by the way. Shame on Sony for not being professional about this too. I’m sure they felt this was just another unknown African producer.”