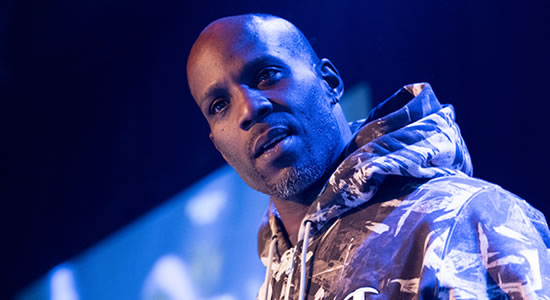 After several days of speculation, famous rapper DMX has been confirmed dead by members of his family. A statement by the family read, "We are deeply saddened to announce today that our loved one, DMX, birth name of Earl Simmons passed away at 50 years old at White Plains Hospital, New York with his family by his side after being placed on life support for the past few days.

"Earl was a warrior who fought till the very end. He loved his family with all of his heart and we cherish the times we spent with him. Earl's music inspired countless fans across the world and his iconic legacy will live on forever.

"We appreciate all the love and support during this incredibly difficult time. Please respect our privacy as we grieve the loss of our brother, father, uncle and the man the world knew as DMX.

"We will share information about burial arrangements once details are finalized."

The Grammy-nominated performer was admitted to the hospital on April 2 following a reported drug overdose and subsequent heart attacks. He suffered brain damage and was reported to be in a vegetative state.

His record label, Def Jam Recordings said in a statement, "His message of triumph over struggle, his search for the light out of the darkness, his pursuit of truth and grace brought us closer to our own humanity."

Since his death, fans and fellow celebrities alike are paying tribute to the iconic rapper with fellow rapper Nas describing him as "God's poet" in an Instagram post while female rapper and former Ruff Ryder colleague praising him as one of the most special people she has ever met.