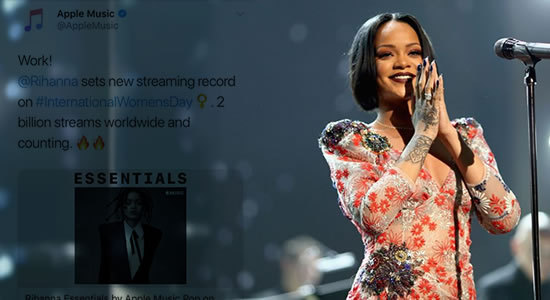 R&B Songstress, writer and businesswoman Rihanna dazzles in new photoshoot she shared on social media. Her fans while taking her on as usual on her promise of the new Album which was expected since last year showered her thousands of likes and mentions.

Rihanna, who said she likes trolling her fans ahead of the R9 Album release seems to be taking her time as information has indicated the new Album was since ready for release.

While celebrating the launch of her new Fenty 2-20 collection at Bergdorf Goodman in New York City on Friday night Feb 7, she spoke to Entertainment Tonight about the fun she has teasing her fans ahead of the release of her mysterious follow-up to 2016's Anti.

It appears she is at it again with the new post while sharing scintillating pictures on Tuesday, Feb 11 on her Twitter page.