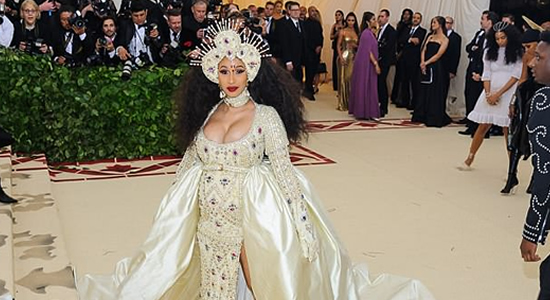 Following the killing of Iran top military general by the United States of American, Grammy award winner and American rapper Cardi B, has expressed dissatisfaction with the killing. The songwriter made this known in a tweet, where she criticized the US government.

She also revealed her plans to apply for Nigerian citizenship.

Reacting, Cardi B tweeted, “Specially being from New York. It’s sad this man (Trump) is putting Americans’ lives in danger. Dumbest move Trump did till date (sic) … I’m filing for my Nigerian citizenship.”

“Picking my tribe,” she added after about an hour later.The American star recently visited Nigeria for a live performance.

It will be recalled that Soleimani was on Friday morning killed in an air attack in Baghdad with the government of the United States taking responsibility for the attack, saying that Soleimani was ‘terminated’ because he was on the verge of attacking its diplomats.

Although, Iran has vowed to launch "harsh revenge” over Soleimani’s ‘termination’, hundreds of others have taken to the street to protest the top general’s death.

Apart from Iran, other countries, including the United Nations have condemned the attack and declared support for Iran, except Israel.