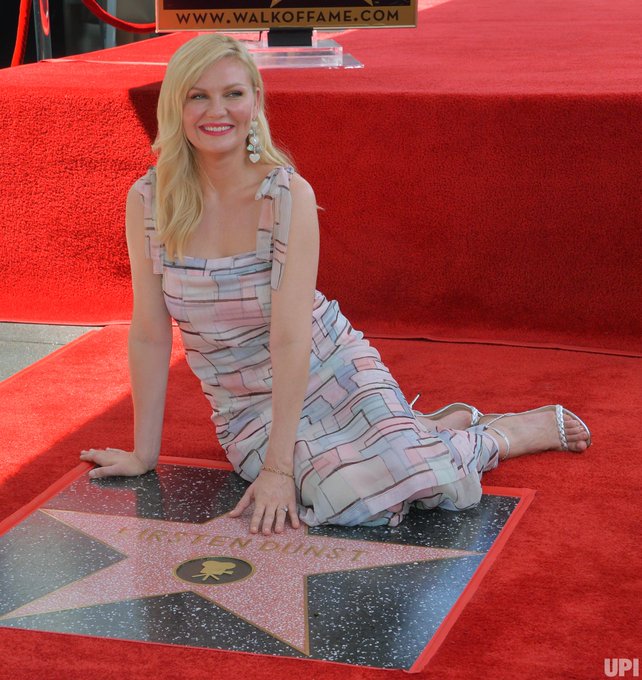 'Mary Jane' Receives A Star On Hollywood Walk Of Fame

American actress Kirsten Dunst who played the role of " fictional character Mary Jane Watson" in the Spider trilogy has been honoured with her own star on the Hollywood Walk of Fame.

Kirsten Dunst who claimed not to have been recognised in the industry, has finally been given her own Star on the Walk of fame a star-studded unveiling ceremony, where she made her first public appearance alongside her 15-month-old son.

She is best known for her portrayal of Mary Jane Watson, Peter Parker’s girlfriend, in three Spider-Man movies. The films she starred in directed by Coppola were “The Virgin Suicides,” “Marie Antoinette” and “The Beguiled.” Dunst’s other film credits include “Jumanji,” “Eternal Sunshine of the Spotless Mind,” “Drop Dead Gorgeous,” “Dick,” “Bring It On,” “Melancholia,” “Midnight Special” and “Hidden Figures.”

Dunst, 37, who has been acting for more than half of her life, was accompanied to the event by her fiancé, actor Jesse Plemons, as the couple introduced their young child, Ennis, to the world.