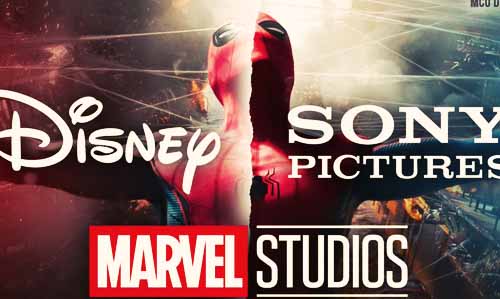 Sony Pictures and the Walt Disney company have reportedly split due to inability to reach an agreement over new terms, and this will affect the involvement of iconic Marvel president Kevin Feige over the production of future Spider-Man movies.

Sony Pictures who owns the film rights to Spider-Man, spoke about the split with Disney that will see the web-slinger booted out of the Marvel Cinematic Universe and have stated that they are disappointed by Disney’s demand for a greater stake in the Spider-Man films and by its proposal to scale down the involvement of Marvel president Kevin Feige in the movies.

With this break down in agreement, we might not see a Tom Holland in new Marvel movies. He will join the list of the best Spider-Man character following Tobey Maguire and Andrew Garfield.

Sony has publicly condemned Disney over the purchase of Marvel in 2009 for $4bn (£3.3bn), moreover praised the studio, over the fact that they had helped heightened Marvels box-office dominance.

Earlier this week, the latest in the Spider-Man series, Far From Home, deposed Skyfall as Sony’s biggest film ever at the global box office. Two further films starring Tom Holland are said to be in the works.

In 2015, Marvel and Sony brokered their rights-sharing arrangement that would mean Spider-Man could appear in Avengers movies – and vice-versa. The split, therefore, presents a substantial plotting headache for both companies, as Holland’s Spider-Man had appeared in five Marvel Cinematic Universe films to date, and Far From Home teed up the next major Avengers storyline.

The series also now faces substantial major-character holes, after Endgame saw the departure from the series of many of its key figures.