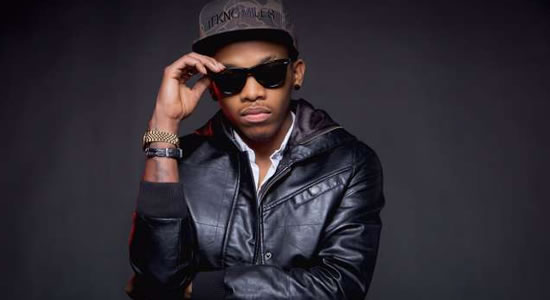 Tekno had some time last week conveyed half-naked girls, who were dancing seductively, in a transparent glass box on a truck around the Lekki-Ikoyi Link Bridge. In the truck, the musician was seen spraying the scantily dressed girls with money as they danced.

After some other road users filmed the act and the videos emerged on social media, there was public outcry and calls for the state government to act.

Confirming the arrest, the state Police Spokesman, Bala Elkana, a deputy superintendent of police, said he was invited for questioning.

“The command has arrested Tekno and the two girls for conveying half-naked girls at the Lekki area of Lagos. He is presently undergoing questioning at the State Criminal Investigation and Intelligence Department (SCIID), Panti.”

The police said such acts of public indecency is against the criminal code and if after investigation those involved are found guilty, they would be charged to court.

Although the singer issued a public apology explaining that it was not an advert but a scene in a video he was currently shooting, the Lagos State Signage and Advertisement Agency (LASAA) suspended the advertising firm, Pro-Vision Media Systems Limited, whose van was used.

The Deputy Commissioner of Police (DCP) SCIID, Mrs. Yetunde Longe, while reacting to question from Vigil360 said investigation was ongoing into the matter and the singer was granted bail on health ground.

She said: “Yes, we invited him for questioning, but we did not detain him because of his health. He was advised to report to the police whenever he was needed. Investigation is still ongoing.”